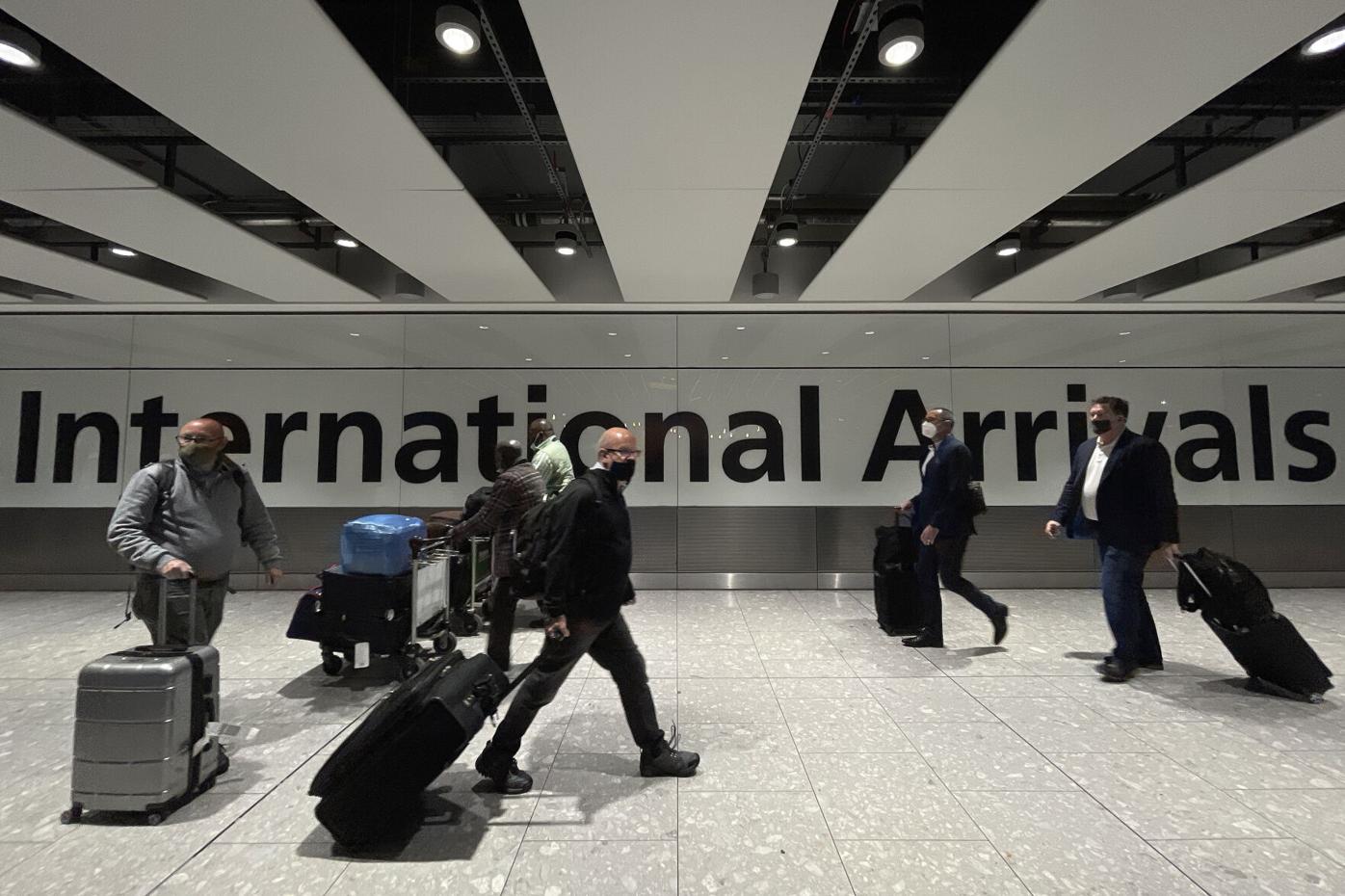 The UK was among the first to impose new restrictions against the new virus variant. 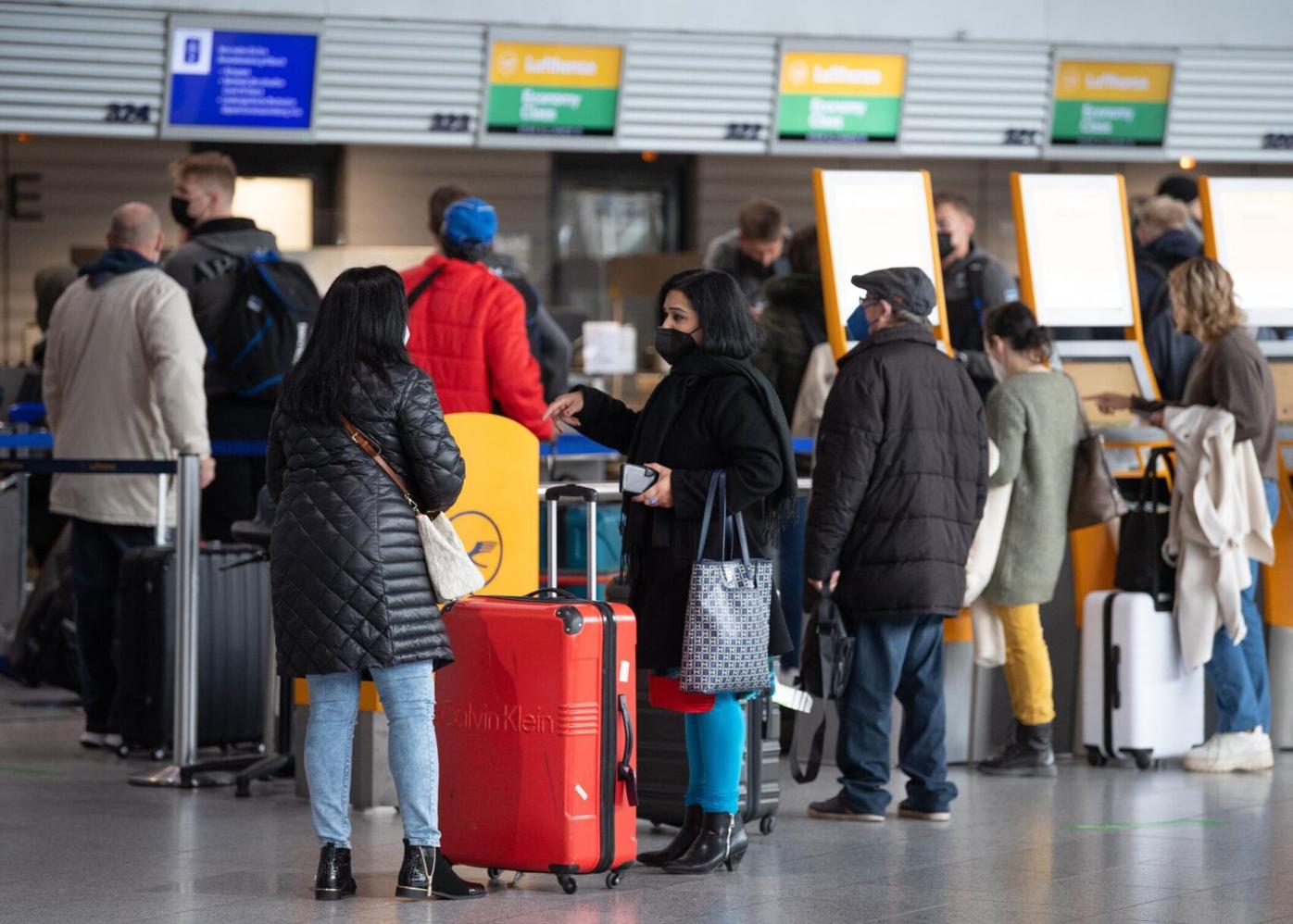 Germany has also joined the list of countries banning flights from southern Africa.

The UK was among the first to impose new restrictions against the new virus variant.

Germany has also joined the list of countries banning flights from southern Africa.

Hundreds of passengers from South Africa were being held at Schiphol Airport in Amsterdam on Friday after the Netherlands imposed new travel restrictions amid concerns over an aggressive mutation of the Covid-19 virus.

The European Union and other major destinations have moved to block flights from African countries following the discovery of the variant, echoing previous emergency responses that triggered a global freeze on travel.

Two flights from South Africa, one from Cape Town, one from Johannesburg, landed Friday late morning local time at Schiphol, an airport spokesman said. The passengers had to remain on board the flight while a separate, secure location in the airport was being located and are waiting to be tested, he said.

The spokesman estimated the two flights were carrying between 400 and 600 passengers between them. Given the large number of travelers involved, "it will take time to test everyone," he said.

Italy, Austria, France, Germany, Japan, Dubai, Jordan and the UK are also among those imposing restrictions on flights and travelers from six African nations after the new strain was detected in South Africa, Botswana, and in two travelers quarantining in Hong Kong. A case has also been reported in Belgium.

The World Health Organization announced Friday it has designated the newly identified variant, B.1.1.529, as a variant of concern, named Omicron.

While only dozens of cases have been identified so far, news of the variant, which has around double the amount of mutations as the Delta variant, is already sparking fears around the world.

On Friday, the International Air Transport Association (IATA) warned against travel bans, stressing such restrictions are "not a long-term solution" when it comes to managing Covid-19 variants.

"Governments are responding to the risks of the new coronavirus variant in emergency mode causing fear among the traveling public.

"As quickly as possible we must use the experience of the last two years to move to a coordinated data-driven approach that finds safe alternatives to border closures and quarantine," said IATA Director General Willie Walsh in a statement.

The cascade of closures began late Thursday as the UK announced it would be temporarily suspending flights from South Africa, Namibia, Zimbabwe, Botswana, Lesotho and Eswatini, with Health Secretary Sajid Javid describing the variant as the "worst ever" strain of Covid-19.

The move prompted the South African government to issue a statement describing the UK's decision as "rushed," and expressed concern about the damage it would cause to "both the tourism industries and businesses of both countries."

In the hours since, Japan has tightened border controls for travelers from the same six countries, bringing in a 10-day quarantine beginning 12 a.m. November 27.

Meanwhile, Germany plans to declare South Africa a "virus variant area" from Friday night, which will mean airlines may only enter from the country to repatriate German citizens.

After Belgium reported one person recently arrived from Egypt had tested positive for B.1.1.529, France said it was "reinforcing" control at its border with Belgium.

Singapore has opted to ban all non-residents from Botswana, Eswatini, Lesotho, Mozambique, Namibia, South Africa and Zimbabwe from entering, while nationals and permanent residents returning from any of these countries will be required to serve a 10-day stay home notice (SHN). Malaysia and the Philippines have taken similar steps.

Outbound passenger flights from Dubai to the countries listed are permitted, however, the Emirates statement said.

Meanwhile, Jordan has announced any Jordanians arriving from several countries including South Africa will have to go into government quarantine for 14 days, according to a report Friday by Jordanian public broadcaster Al Mamlaka TV.

Non-Jordanians traveling from South Africa, Lesotho, Zimbabwe, Mozambique, Namibia, Eswatini and Botswana will only be allowed entry if they spend 14 days outside those countries in a third country, Al Mamlaka TV said, citing the country's Interior Ministry. The new measures will go into effect Sunday.

No travel restrictions have been announced by US officials yet, but US airlines said they were closely monitoring the situation.

Anthony Fauci, the chief medical advisor to the US president, told CNN: "As soon as we find more information, we'll make a decision as quickly as we possibly can."

The developments have led to speculation strict curbs on travel brought in at the start of the pandemic could be on their way back.

"There's definitely a sense at the moment that restrictions are returning," Rory Boland, travel editor at consumer magazine Which? told CNN.

"There's a sense that travel is becoming more difficult again -- and that's against a background of lots of people not feeling confident traveling already."

World Health Organization experts have said while it is still too early to gauge what kind of impact the mutation will have, people should start taking precautions right now to reduce the chances of their exposure to it.

"It is something to watch," Maria Van Kerkhove, WHO's Covid-19 technical lead, said in a video posted on Twitter.

She said it would take researchers a few weeks to understand what it [the new variant] means, but action was needed in the meantime.

"Everybody that's out there needs to understand that the more this virus circulates, the more opportunities the virus has to change, the more mutations we will see," she said.

"Every single one of you watching has a role to play in driving transmission down, as well as protecting yourself against severe disease and death.

"So get vaccinated when you can, make sure you receive the full course of your doses, and make sure you take steps to reduce your exposure and prevent yourself from passing that virus to someone else."

While it may be too early to gauge the impact of the virus, news of its emergence and the flight bans was enough to spook stock markets.

European stocks closed down sharply lower after fears of a new Covid variant sparked a global sell-off. In the UK the FTSE 100 ended the session 3.6% lower, while Germany's Dax was down 4% and the CAC 40 was 4.8% lower in France. Dow futures were also sharply down.

Travel stocks and airline stocks were among the big fallers in Europe.

The fresh anxiety comes as another blow for the travel industry, which has struggled to rebound after being brought to a near standstill during the first waves of the pandemic.

There are now fears some travel companies may not survive if the situation with the new variant worsens.

"I think unfortunately so -- I'm not saying they might go bust in the next couple weeks but the financial situation many are in is very, very challenging," said Boland.

"It's not just that bookings are down, but they're having to continually issue refunds. They're having difficulty getting financing from banks. There are a number of market conditions working against them.

"The UK had very little sector specific support from government, so there's a real risk of further holiday chaos and airlines going bust."

He went on to stress consumers should always check restrictions in any destinations they are planning to travel before booking and make sure they have appropriate coverage just in case.

"It's really important to have cover for your holiday company or airline going bust. Otherwise, you could end up losing hundreds or thousands of pounds."

"You're the most important bill that you have..." What you can do to accomplish all your financial goals this year