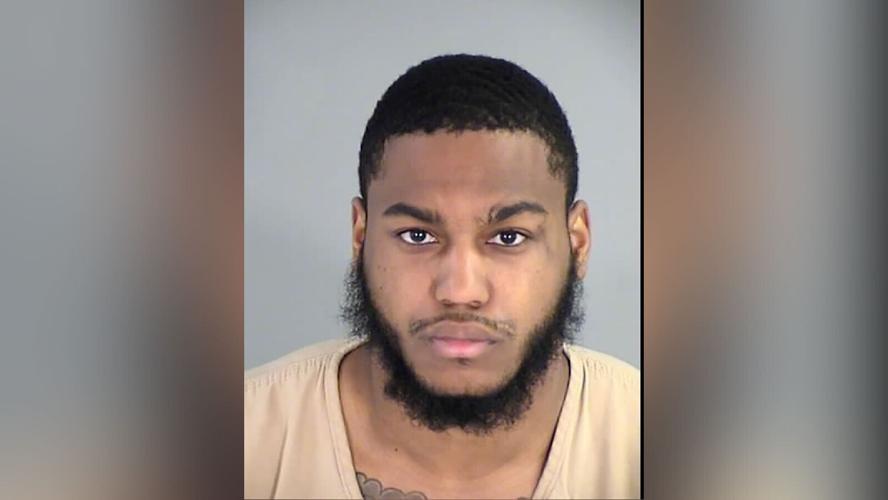 Christopher Jones was arrested Monday, November 14, in connection with a shooting at the University of Virginia that left three football players dead. 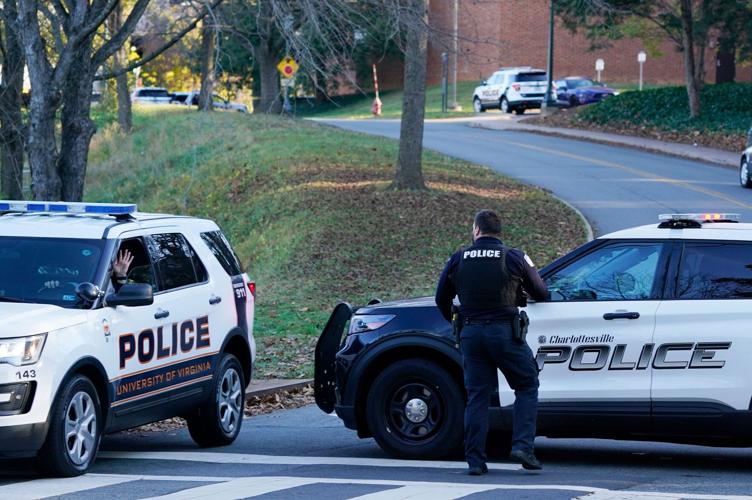 Christopher Jones was arrested Monday, November 14, in connection with a shooting at the University of Virginia that left three football players dead.

A torrent of grief has enveloped the University of Virginia, where classes are canceled for a second day after three football players were shot dead on campus and new details emerge about the fellow student accused of killing them.

A vigil Monday drew hundreds on the Charlottesville campus, with candles placed around the Statue of Homer along with signs reading "UVA Strong" and "1-15-41" -- the uniform numbers of slain UVA football players Devin Chandler, Lavel Davis Jr. and D'Sean Perry. Two other people were wounded, with one in critical and one in good condition, UVA spokesperson Brian Coy said Monday.

The victims had just returned from a school field trip late Sunday when they were gunned down on and near a school bus, officials have said. The suspect, an ex-UVA football player, was in custody by the next morning.

The killings are among at least 68 shootings this year on US school grounds, including 15 on college campuses. The incident also is among some 600 US mass shootings this year in which at least four people were shot, excluding a gunman, according to the Gun Violence Archive.

The UVA shooting prompted an hourslong manhunt -- as students locked down in dorms, classrooms and libraries -- before Christopher Darnell Jones Jr., was arrested late Monday morning in Henrico County, about 80 miles east of Charlottesville. He faces three charges of second-degree murder and three counts of using a handgun in the commission of a felony, UVA Police Chief Timothy Longo Sr. said.

Police have not disclosed a motive for the attack.

A wave of support -- locally and nationwide -- flowed into Charlottesville.

Alleged gunman was spotted by an officer

The shooting at UVA took place Sunday as a class was returning from a trip to Washington, DC. The class had seen a play, university officials said, and it was not immediately clear if Jones was part of that class or attended the field trip.

Police responded to a report of shots fired around 10:30 p.m. in an area near a parking garage on Culbreth Road and surrounded by academic buildings, university President Jim Ryan said. Two slain victims were inside the bus, with the third victim taken to a hospital, where he died, Longo said.

The call prompted a shelter-in-place alert that was lifted about 12 hours later, Longo said. More than 500 people sheltered throughout campus buildings, including in libraries and classrooms, he said.

Authorities launched a manhunt for Jones following the attack Sunday. Then, around 11 a.m. ET Monday, a Henrico County police officer spotted the vehicle Jones was driving in the eastern area of the county where he was "taken into custody without incident," according to news release from the police division.

Jones is listed on UVA's athletics website as a football player in 2018 who as a freshman did not participate in any games. He attended Varina High School and Petersburg High School, where he played football as a linebacker and running back, according to his university athletics bio.

A UVA spokesperson told CNN Jones had a pre-existing injury that prevented him from playing on the football team in 2018. Jones went through medical treatment and rehabilitation during his time with the team and was only a member of the team for one season, the spokesperson says.

The spokesperson would not give details on Jones' injury.

Jones had previously been on the radar of campus authorities. In September, authorities learned Jones "had made a comment about possessing a gun" to someone "unaffiliated with the university," Longo said Monday. But that person never actually saw the gun in question, he said.

"Through the course of the threat assessment team's investigation, we learned of a prior criminal incident involving a concealed weapon violation that occurred outside the city of Charlotteville in February of 2021," Longo said.

He said the suspect was required to report that incident to the university but never did. The school's judicial council took over the case, and the results are pending.

Jones was also involved in a hazing investigation on campus that was closed because witnesses would not cooperate, Longo said.

The slain students were talented athletes

All three of those killed and at least one of the two injured were UVA football players.

Davis, a junior from South Carolina, was one of the top wide receivers for the Virginia Cavaliers this season. As a 6-foot-7-inch receiver, he was the team's primary deep threat, with 16 catches for 371 yards and two touchdowns on the year, good for a stellar 23.2 yards per catch.

Perry, a junior linebacker, has played in 15 games over the last three seasons. On Saturday against Pittsburgh, he tallied two tackles in the 37-7 loss. Perry's parents thanked supporters for their condolences in a statement through their attorney.

Chandler, a junior wide receiver and kick returner, had recently transferred to UVA this offseason from the University of Wisconsin, where the football program said it was "deeply saddened" by the tragic deaths.

"This is a difficult time for players and staff because of the lasting impact Devin had on his friends and teammates," a statement read. "Our thoughts go out to his family, friends and the Virginia football family."

Hollins is expected to recover after he was shot in the back, with the bullet lodged in his stomach, his father, Michael Hollins Sr., told The Washington Post. The family did not immediately respond to CNN's request for comment.

Hollins was expected to graduate in December with a degree in entrepreneurship and African American history, his father told the Post.

Officials have not named the other injured victim.

Pebbles, the world's oldest dog, has died at age 22

The good news and the bad news of Fed rate hikes. What it means for you