The lawsuit was filed by the mother of two transgender students who attend Terre Haute North Vigo High School.

Rokita and the Attorneys General of 12 states filed a brief in support of the school corporation.

See the full legal brief from Rokita below. 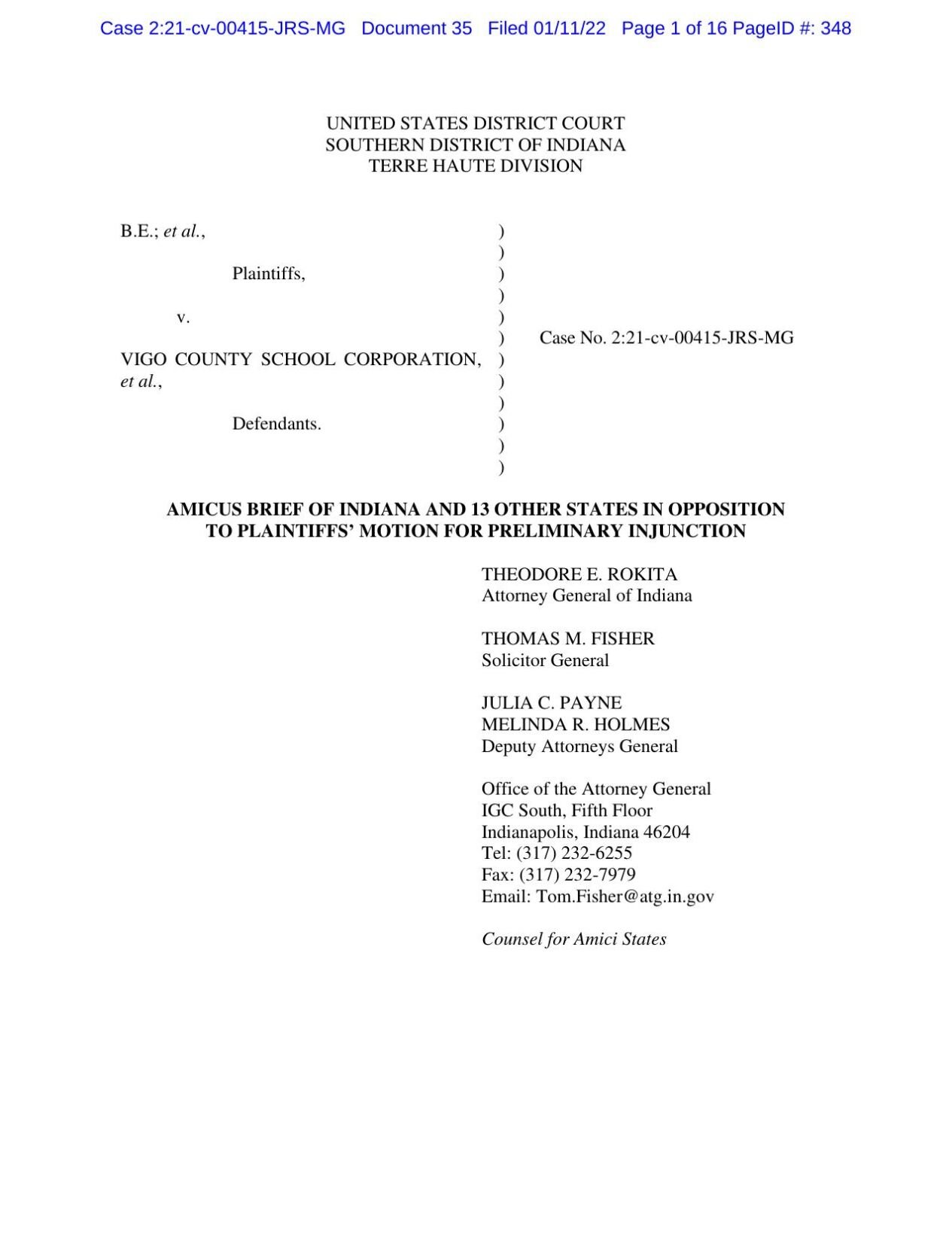 "These are young men," Ken Falk, the legal director of ACLU Indiana, said.

Falk says denying them access to the restrooms consistent with their gender identity violates both the Equal Protection Clause of the Fourteenth Amendment to the United States Constitution and Title IX of the Education Amendments Act of 1972.

Do you agree with the two students or the Vigo County School Corporation?

"The law is really clear," he said. "These are two young men who have gender dysphoria. That's a condition that their gender identity does not match their gender at birth. They are about ready to begin male hormones, which will make them appear even more male than they do now, and they must be treated as young men."

The case goes on to say that gender dysphoria is characterized by depression and anxiety because of the mismatch between a person's gender at birth and the person's gender identity.

Falk says gender dysphoria can be minimized by treating the students with the gender they identify with.

"What therapists and doctors recommend is that someone with gender dysphoria is treated, as in this case, male to the greatest extent possible," he said. "Allowing them to live their life consistent with their gender identify minimizes the dysphoria."

See court documents from the lawsuit below. 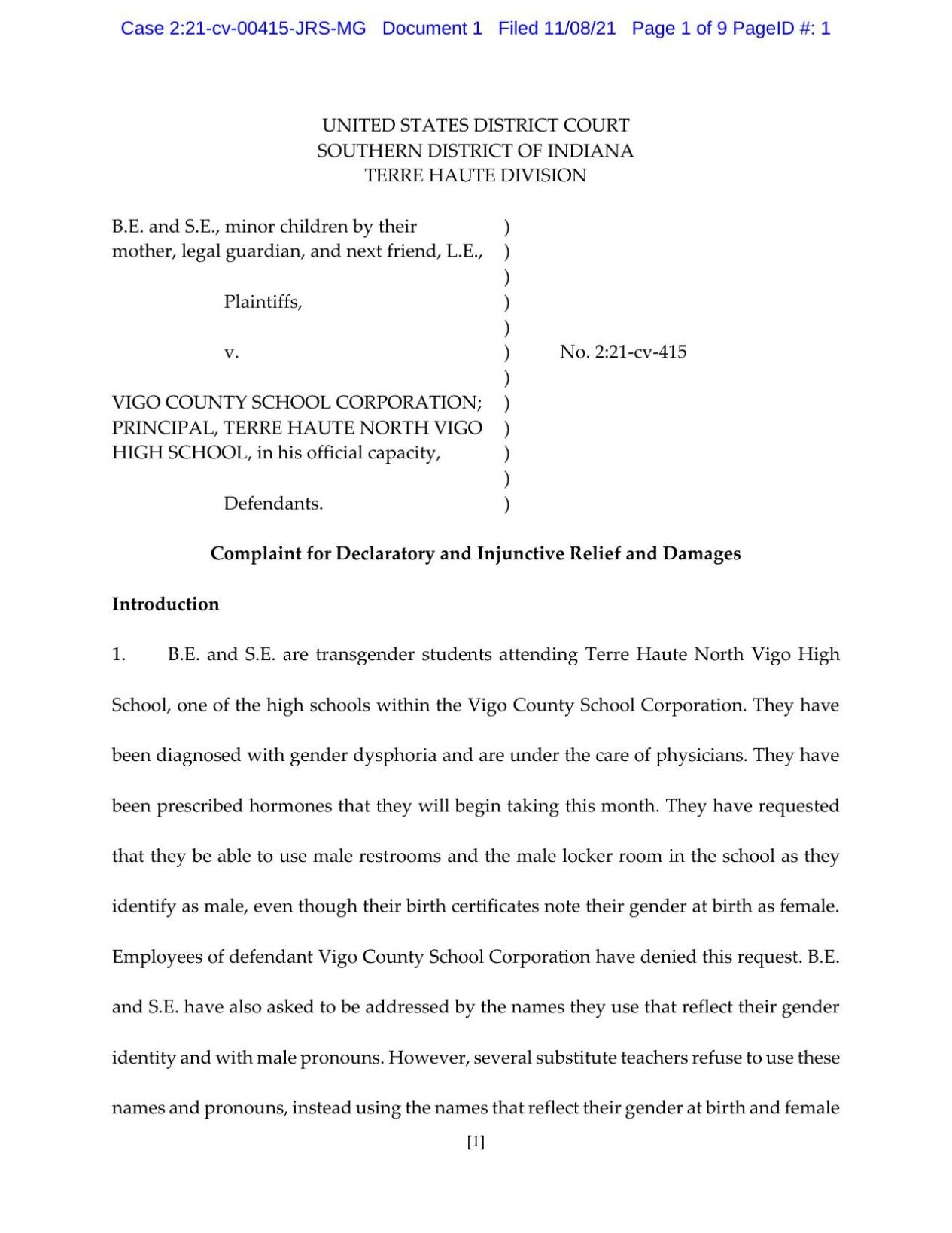 The school corporation refutes the claims made by the students, saying they now refer to them by their male names and use male pronouns.

The school corporation admits it does not let the two students use the men's restrooms or locker rooms. Instead, they are allowed to use a restroom at North's health office.

Corporation lawyers say this meets requirements established by Title 9. They also claim the students failed to state a claim on which relief may be granted.

The corporation claims it acted in good faith and has reasonable grounds to believe its actions have not violated federal law.

Lawyers for the students say the corporation isn't doing a good enough job to meet their needs.

The judge has set a telephonic conference with both parties for January 24.

Students preparing for day of service in honor of MLK Jr. day

Thousands of inmates released because of pandemic will be allowed to remain on home confinement, Justice Department says