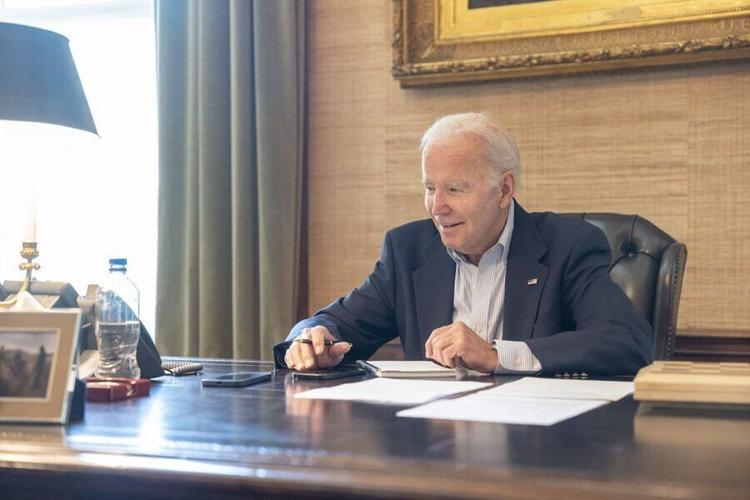 President Joe Biden's Covid-19 symptoms remained mild on July 21 and he continues to convalesce at the White House, a top adviser told CNN on Friday. 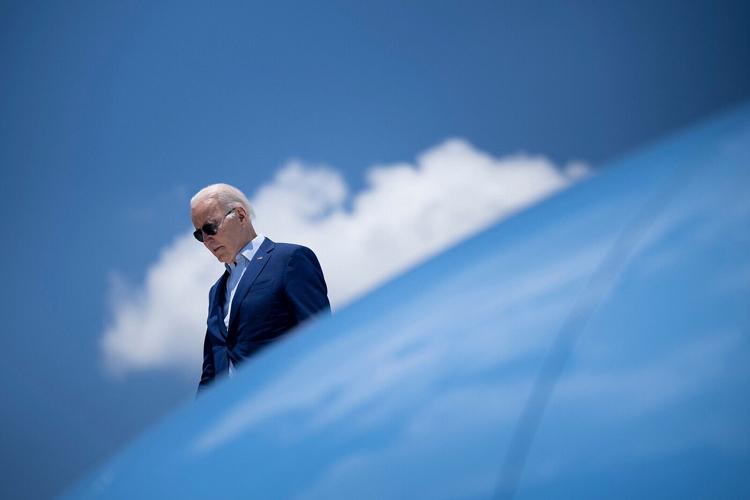 President Joe Biden's Covid-19 symptoms remained mild on July 21 and he continues to convalesce at the White House, a top adviser told CNN on Friday.

President Joe Biden's Covid-19 symptoms "have improved," his physician said Friday, but the President has taken additional medications to address his temperature and cough.

Dr. Kevin O'Connor said in a letter that Biden had a temperature of 99.4 degrees Thursday evening, which was treated with Tylenol.

"His temperature has remained normal since then," O'Connor wrote.

He is also being treated with an albuterol inhaler "that he uses as needed," O'Connor added, as well as "oral hydration."

Biden's symptoms continue to be a runny nose and fatigue. The President had a dry cough earlier Thursday, but he now has "an occasional non-productive, now 'loose' cough," according to O'Connor.

The President continues to take Paxlovid, Pfizer's antiviral drug. O'Connor confirmed that Biden has stopped using previously prescribed medications Crestor and Eliquis "during Paxlovid treatment and for several days after his last dose." In order to prevent a drug interaction, certain medications like Crestor and Eliquis are avoided during Paxlovid treatments.

O'Connor reiterated in his Friday letter that he anticipates "that (Biden) will respond favorably," to treatment. Biden will continue to isolate and be monitored "closely" by the White House medical unit.

"I got an update last night at 10:00 p.m. and he was doing just fine," he said. Jha added that he would touch base with the White House medical team and speak with the President "directly this morning."

"The symptoms were basically the same -- again, he's got a little runny nose, he's got a bit of a dry cough," Jha said.

Asked again whether any of Biden's symptoms were getting worse, Jha told CNN, "Nope. As of 10:00 p.m. last night, no. It was the same symptoms, about the same level of mildness."

Biden tested positive for Covid-19 on Thursday morning, becoming the second US president to contract the virus during the two-and-a-half year pandemic. In a video posted to Twitter after he tested positive, Biden told Americans that he is "doing well" and that he was continuing to work while in isolation at the White House.

On Thursday night he called Delaware Sen. Tom Carper, who also tested positive for Covid-19, the White House said. And he spoke with the hosts of events he had been scheduled to attend in Wilkes-Barre and Philadelphia, Pennsylvania.

Images posted to Twitter also showed that Biden signed the Formula Act into law on Thursday, which suspends tariffs on certain formula products amid the ongoing shortage, and held a call with his national security team on Friday morning.

Biden is fully vaccinated and twice boosted, and has been prescribed Paxlovid because his advanced age makes him high-risk for experiencing severe illness. Biden is 79 years old.

Jha said they still "don't know much" about where the President contracted the virus but said that tracing was underway for any close contacts of the President. He said he was not aware of any subsequent cases. First lady Dr. Jill Biden, who is considered a close contact but has tested negative, will stay in Delaware through the weekend and "following (US Centers for Disease Control and Prevention) guidelines," he said.

Jha on CNN Friday also downplayed concerns that the White House press corps has yet to be briefed directly by O'Connor, after one journalist at Thursday's briefing said the White House is playing a game of telephone.

"Dr. O'Connor is his personal physician. You have heard from Dr. O'Connor in the letter. We are fully committed to transparency here. You're going to hear every day from Dr. O'Connor through written communication. He was going to put out his own statement with this assessment of how the president's doing," he said.

He said that many officials are in contact with Biden and "the American people will have a very full complete picture of how the President is doing."

Pressed again by Berman on whether there were plans to make O'Connor available to the press or the public, Jha said that O'Connor "is going to be sharing his information" and that a "variety of administration officials" would share information.

White House officials have been preparing for months for what many viewed as the inevitability that Biden would come down with Covid.

A wave of cases has swept Washington through the spring and summer and as more and more of his top officials and members of his family contracted Covid, officials came to believe it was possible the President himself would get sick, even as they took steps to shield him from the virus.

White House officials had a loose plan in place for the day Biden tested positive, including informing the public when the tests were confirmed and releasing a letter from Biden's physician daily about the President's condition.

US military confirms an interstellar meteor collided with Earth

Cause of death for Knox County coal miner revealed in Dept. of Labor report