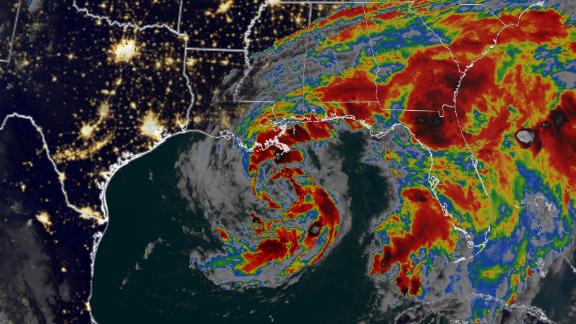 Microseisms are tiny vibrations created naturally by the Earth.

Microseisms are tiny vibrations created naturally by the Earth.

Sometimes called the Earth’s hum, these tiny vibrations are caused by waves on the oceans.

The waves in turn interact with Earth’s solid crust and the result is a vibration that can be detected by seismic equipment.

The vibration on the ocean floor beneath a hurricane is greater than surrounding vibrations.

In the early 1900s, scientists began to study the idea that microseisms could be used to detect hurricanes and tropical storms far from land.

In 1943, the Hurricane Microseismic Research Project was launched to further pursue the theory.

Seismographs were set up at different locations, then the readings were calculated and compared to actual storm data.

The result was impressive.

The studies found that hurricanes could be detected as far away as 1,500 miles simply by noting the increase in seismic waves.

Not only that, the direction of the waves could help determine the hurricane’s location.

More than once, a hurricane was detected days before it had ever been confirmed.

In the days before satellites and other modern observational equipment, detecting hurricanes by the vibrations they create was a great help in preparing for potential disaster.

All because of the hurricane’s hum.

Railroad museum back on track

Shakamak's Offense Propels the Lakers to the State Finals

Railroad museum back on track