An Indiana teen was killed by her backseat passenger while driving, police say 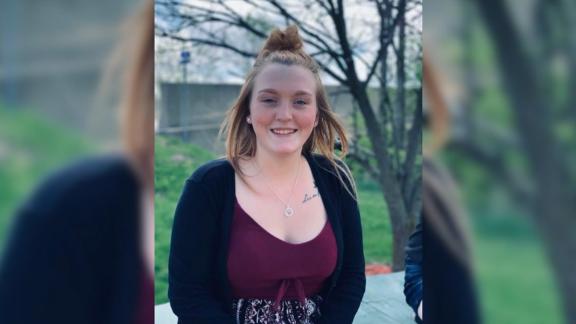 Annalysa McMillan, 19, was shot and killed with an AR-15 style rifle by a backseat passenger while driving her car in Marion, Indiana.

An Indiana teen was shot and killed by a backseat passenger with an AR-15 style rifle in her own car while she was driving, police said.

Annalysa McMillan, 19, was driving her car Tuesday in Marion, Indiana, about 70 miles north of Indianapolis when a gun discharged in the passenger seat behind her, striking her, the Marion Police Department said in a statement.

Police responded to a car accident and discovered she was unresponsive. Officers immediately began resuscitation efforts but she was pronounced dead at Marion General Hospital.

The cause of death was determined to be one gunshot to McMillan's back and the manner of death has been ruled a homicide. The shooting caused a minor accident with another driver, police said.

Austin Smith, 22, was sitting behind McMillan with the rifle when it discharged, police said. Smith is being held on bond on charges of reckless homicide and criminal recklessness while armed with a deadly weapon, according to the Grant Count Jail website.

It's unclear whether Smith has an attorney. CNN has reached out to the prosecutor's office.

McMillan celebrated her 19th birthday five days before her death, according to CNN affiliate WXIN.

She attended Eastview Wesleyan Church in Gas City, and the pastor said he'd talked to her family.

"The last text that she sent to her stepfather was that she loved him and, those things are glued to hold tight when everything is trying to blow you apart," the church's lead pastor, Mark Atkinson, told the affiliate.

Atkinson described McMillan as a "bubbly young lady who had a bright future" and he had recently written a recommendation letter for her.

"I do believe there are a lot of things that there's no way to answer, so we just have to trust in the Lord," Atkinson said of the tragic loss.

Virtual tours: Local housing gets creative when it comes to bringing residents in