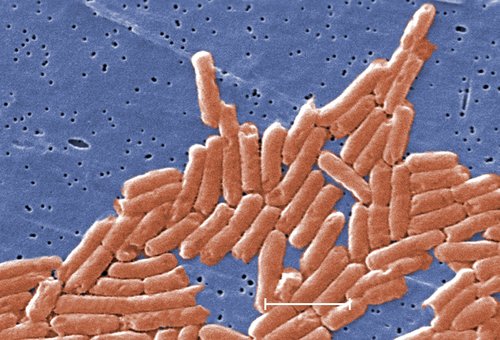 A multistate salmonella outbreak has sickened 10 people and caused one death, according to the...

A multistate salmonella outbreak has sickened 10 people and caused one death, according to the US Centers for Disease Control and Prevention. The outbreak is believed to be connected to ground beef.

So far no one supplier has been linked to the outbreak. People who have been sick reported eating different brands, purchased from several locations. Eight people have been hospitalized.

Of eight of the people interviewed, six said they ate the ground beef at home.

People who get sick from salmonella typically develop a fever, diarrhea and stomach cramps about 12 to 72 hours after being exposed to the bacteria. Typically, an illness will last 4 to 7 days, most people recover without treatment, but sometimes an illness can be so bad a patient will need to be hospitalized.

The outbreak has been identified in six states. The person who died lived in California. Colorado, Kansas, Oklahoma, Texas, and Iowa also have had patients, according to the CDC.

Lab tests identified the outbreak strain of Salmonella Dublin in repackaged leftover ground beef that was collected from the California home of one of the people who got sick.

People started getting sick in August. Of the nine people who got sick, eight were hospitalized, which the CDC is much higher than we would expect for salmonella infections. Typically, the hospitalization is usually about 20%.

The investigation will continue and the CDC promises to keep the public updated.

The agency reminds you if you cook ground beef make sure you keep it or any raw meat separate from foods that you won't cook before consuming. Wash your hands thoroughly after touching raw meat, at least for 20 seconds with soap and water. Also, be sure to wash down the cutting boards, the counter tops, the plates and silverware that come into contact with the meat or its juice to avoid cross contamination with other foods.

The CDC recommends against eating raw or undercooked ground beef. A meat thermometer can tell you when it has reached a safe internal temperature.

You should make sure ground beef is cooked to 160°F. Put it in the fridge or in the freezer within two hours after you buy it and if you keep it in the fridge be sure to use it within one to two days.