Uber lays off 350 more workers in last wave of cuts 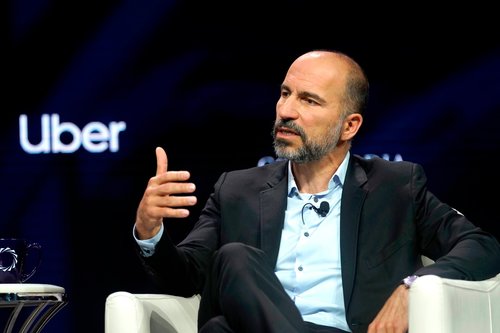 Uber laid off approximately 350 employees across several different teams on Monday, a spokesperson confirmed to CNN Business.The cuts are the third an...

The cuts are the third and final round of layoffs that began months ago, now affecting employees from Uber Eats, performance marketing, the advanced technologies group, recruiting and teams within the global rides and platform departments, Uber detailed in a company-wide email.

In addition to the cuts, some employees were asked to relocate to other offices. (The company did not immediately respond to a request for more details). Over 70% of the employees impacted by this round of layoffs are based in the US and Canada.

The news, first reported by TechCrunch, comes as the company faces pressure to clean up its finances following a lackluster Wall Street debut in May.

The email to employees was sent with the subject line: "Stronger moving forward."

"As you know, over the past few months, our leaders have looked carefully at their teams to ensure our organizations are structured for success for the next few years," Uber CEO Dara Khosrowshahi wrote in the email. "This has resulted in difficult but necessary changes to ensure we have the right people in the right roles in the right locations, and that we're always holding ourselves accountable to top performance."

Khosrowshahi said "days like today are tough for us all" but he would work to insure that the company wouldn't "need or have another day like this" going forward.

He also said everyone has a part to play to establish "a new normal" by doing things such as identifying and eliminating duplicate work and eliminating the bureaucracy that creeps in as companies grow.

The memo noted that there would be an all-hands meeting on Tuesday to answer questions.

It closed with the message: "Eyes forward — back to building."

The latest layoffs account for about 1% of the company and follow two other rounds in roughly four months. In September, Uber laid off about 435 employees from its product and engineering teams. In July, it laid off some 400 people from its marketing division.

Since its disappointing IPO in May, the company has now been forced to lay off more than 1000 people. Uber continues to struggle to win over investors who are concerned about the company's history of bleeding money and increased competition in the US and abroad.

In August, Uber reported its largest quarterly loss ever: $5.2 billion in the three months ending in June. It reports third quarter earnings on November 4.