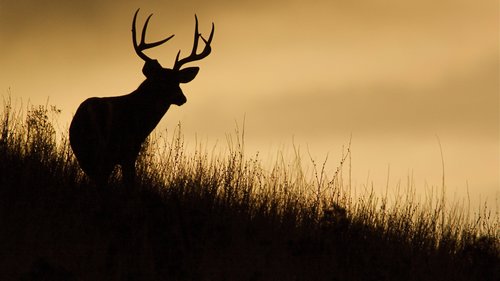 'Zombie' deer roam 24 states in the US, sickened by a neurodegenerative disease that reduces them to stumbling, drooling creatures.

So far, Nevada has evaded the infection this hunting season. State wildlife officials plan to keep it that way.

The Nevada Department of Wildlife is urging hunters to visit their mobile sampling stations and check their carcasses for chronic wasting disease, a fatal illness that affects the brain and spinal cord of deer, elk and moose.

The department set up stations at truck stops near state lines to keep the infection out. The sampling takes about five minutes and doesn't affect the deer's meat or antlers, the department said.

It's the latest measure to protect the state's wildlife. In May, Gov. Steve Sisolak passed legislation banning hunters from bringing deer, elk or moose carcasses into the state to prevent disease transmission.

The symptoms of chronic wasting disease reduce infected animals to zombie-like creatures: Stumbling, drooling, drastic weight loss. They can become more aggressive and less afraid of humans, according to the Centers for Disease Control and Prevention.

It's thought to spread through direct contact with body fluids or by drinking contaminated water, the CDC said. The disease is always fatal.

As of August, the CDC reported infected deer, elk and moose in 227 counties across 24 states, primarily clustered in Wyoming, Colorado and Kansas.

There's a low risk of transmission to humans, but the CDC warned hunters that the species barrier may not fully protect them from contracting the animal disease.

Chronic wasting disease can incubate for more than a year before animals present symptoms, so the CDC recommends hunters test meat before consuming it and avoid eating the meat of infected venison. Wearing proper equipment while field dressing deer carcasses and minimizing time spent handling their brain and spinal tissue, where the disease originates, can also prevent infection.