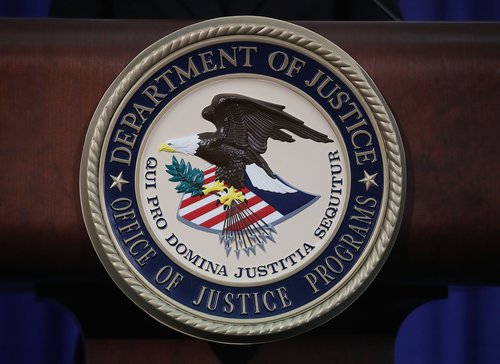 Smith's indictment comes amid a wave of arrests and charges the Justice Department has made, disrupting possible domestic terror plots.

Smith, 24, was stationed at Fort Riley in Kansas before his arrest on Saturday. He allegedly discussed with a confidential source to the FBI that "the headquarters of a major American news network would be a suggested target, utilizing a vehicle bomb," an FBI agent wrote in court papers. The complaint goes on to say that, according to an FBI bomb technician consulted by the investigating agent, Smith's instructions on how to make a vehicle bomb would not have resulted in a viable explosive device.

According to Wednesday's indictment, Smith faces two counts of distributing explosives information, including "detailed six-step instructions for constructing an explosive device" and a recipe for napalm. His attorney has not responded to requests for comment from CNN.

Smith is also accused of communicating a plan to attack a home in Michigan, and threatening to set fire to the home of someone identified by the initials "D.H."

Smith is scheduled to appear in federal court in Topeka, Kansas, on Thursday for a detention hearing.

According to court documents, Smith also mentioned presidential candidate Beto O'Rourke, a former Texas congressman, in a chat with an undercover FBI agent on September 20. The undercover agent had told Smith he was looking to target a politician, and Smith responded with "Outside of Beto?" and gave the agent instructions on making a bomb or grenade.

Smith had discussed as early as 2016 joining a far-right paramilitary group in Ukraine before he became a US Army soldier in 2017. He then bragged in a Facebook chat about being able to build explosives "in the style of the Afghans," the court filings said.

Then, about a month ago, Smith started speaking to the FBI's confidential source and an undercover federal agent. He discussed in an online chat group plotting an attack in the US and said he was looking for other "radicals." Smith also suggested targeting the leftist group Antifa, cell towers and a local news station, authorities allege. Two days later, authorities say, Smith suggested the bomb plot against the major news network.