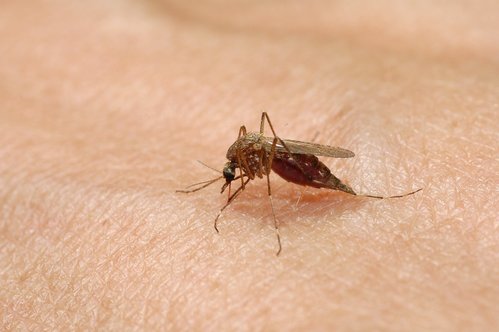 Another person who was infected with Eastern equine encephalitis has died, the Massachusetts Department of Public Health said on Friday. The patient was a ma...

Another person who was infected with Eastern equine encephalitis has died, the Massachusetts Department of Public Health said on Friday. The patient was a man in his 70s who lived in Bristol County in southeastern Massachusetts.

This was the 10th confirmed human case in the commonwealth. Another Massachusetts EEE patient, Laurie Sylvia, died in August.

There are 35 Massachusetts communities now at critical risk of EEE and 40 at high risk of the mosquito-borne virus. Tests show the EEE virus has been found in 421 mosquito samples there this year, many in species that can spread the virus to humans.

The department is urging people to take extra precautions against mosquito bites. "The unusually warm weather expected this weekend will increase outdoor activity among people and mosquitoes. It is absolutely essential that people take steps to avoid being bitten by a mosquito," Dr. Monica Bharel, commissioner of the Massachusetts Department of Public Health, said in a statement.

Bharel strongly encourages people to use bug spray, to reduce skin exposure to the bugs and to stay indoors once the sun starts to go down and at dawn. That's when mosquitoes are most active.

EEE is a rare but potentially fatal illness. Typically, only 5 to 10 human cases are reported every year, but about 30% of all cases result in death, according to the US Centers for Disease Control and Prevention.