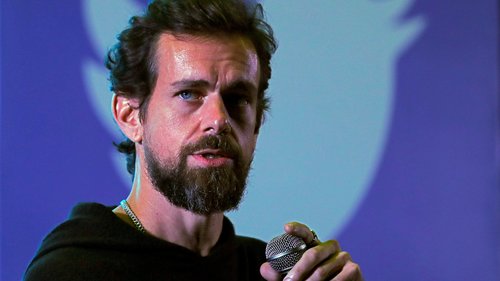 The hack of Twitter CEO Jack Dorsey's account on Friday revealed a flaw in the social network's systems that could leave anyone vulnerable, from lawmakers to CEOs to the average Twitter user. And it raised a serious question as to how you can keep your account safe from the same thing.

Dorsey was likely a victim of SIM swapping, a practice in which a hacker will bribe or otherwise convince a mobile carrier employee to switch a phone number to the hacker's device.

"Somebody can just get somebody making $12 an hour and offer them a thousand dollars to do a SIM swap," Brian Krebs, a leading cybersecurity journalist, told CNN Business on Saturday.

Thanks to a feature left over from Twitter's early days, if a hacker gets control of the phone number associated with your Twitter account, they can text any tweets they want to Twitter's number, 40404, and they'll be immediately published to your account. The hacker wouldn't need any other verification — not even your account password.

Asked by CNN Business on Saturday, Twitter declined to comment on whether it would change its security practices following the Dorsey incident.

Until it does, there doesn't appear to be any real way to turn off the feature that the hacker or hackers apparently exploited to take over Dorsey's account. The only way to do it actually involves making your account less safe overall. But there are still some things you can do to protect your account from these kinds of attacks.

First off, it's a good idea to always have two-factor authentication on, as an additional verification step to confirm your identity beyond your regular password. But even two-factor won't protect you from a SIM swapping hack.

Not all verifications are made equal. A hacker can intercept security codes sent via text message, rendering it useless.

One step better would be to use the Google Authenticator phone app, which will provide you codes. A hacker would then need your actual phone to get the codes. Or you can use a physical security token, a small piece of hardware you can buy separately that generates security codes. A hacker would typically need to physically steal that key to gain access to an account.

Right now it appears that the only way to shut off the ability to use text messages to send a tweet from your account is to delete your phone number from Twitter entirely. But there's a catch: Doing so will disable two-factor authentication on your account. I tried multiple times to keep two-factor enabled on my own Twitter account while deleting my phone number from it. Each time it appeared Twitter would allow me to do so, but when I refreshed the page, two-factor was off.

What you can do instead, if you're in the United States, is to try replacing your phone number with a number generated by Google Voice, as first suggested on Twitter by Krebs. A Google Voice phone number isn't managed by a mobile carrier and doesn't have anyone a hacker could talk into helping them obtain control of your number.

"You can't get somebody from Google Voice on the phone if you tried," Krebs told CNN Business.

It's not a perfect solution, Krebs said, as your Google account could also get hacked via SIM swapping if you're set to receive text messages for two factor authentication for that account. And anyone outside the United States will need to find an alternative service. But it would still be effective if you enable an alternative verification method on your Google account and follow other generally good security procedures like setting very strong, unique passwords for all the sites you use, and using a password manager to keep track of them.

A new service to help the homeless in Terre Haute

E-Waste day set for this weekend in Terre Haute

Point In Time Count to Help Homeless of Wabash Valley