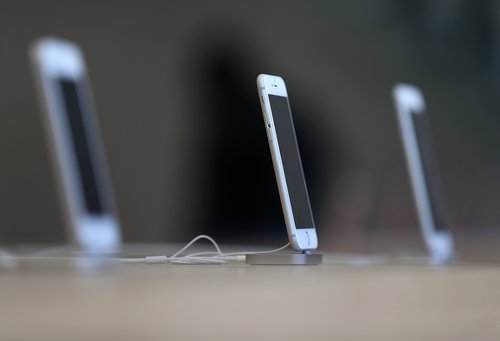 Apple is launching a new program that will make it easier for its customers to get their iPhones fixed by expanding the number of businesses that can repair...

Apple is launching a new program that will make it easier for its customers to get their iPhones fixed by expanding the number of businesses that can repair them.

The initiative will give iPhone owners added options to fix some of the most common out-of-warranty iPhone issues, by providing more repair businesses with genuine Apple parts, tools, training, repair manuals and diagnostics, according to a release put out Thursday.

These materials will be the same as what Apple's authorized service providers now receive, and at the same cost. In the past, non-authorized repair firms companies could not buy authentic materials and customers couldn't seek outside repairs without voiding their device's warranty.

The move comes after years of criticism over the company's restrictive policies, which limited repairs only to Apple Stores and its authorized providers. The move should ease some of the burden on Apple stores as people hang onto their phones longer, which then need more repairs.

Apple also is facing increased pressure from state governments pushing "Right to Repair" legislation, which would require manufacturers to let consumers fix their devices as they choose and force those companies to sell their materials to independent repair businesses.

Apple has more than 5,000 authorized service providers around the world that repair its products, both in and out of warranty.

The program is launching first in the United States, but there are plans to expand it to other countries. An earlier pilot program over the last year featured 20 independent repair businesses that provided services to parts of North America, Europe and Asia.

Repair stores looking to get involved can join the program for free through Apple's website, but they must employ an Apple-certified technician in order to qualify.

Hi: 56° Lo: 42°
Feels Like: 42°
More Weather
Tracking showers for the morning and afternoon