What China's new tariffs mean for you 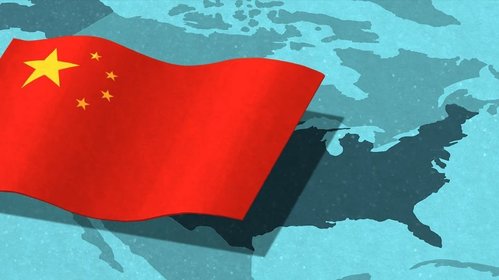 It's hard to keep up with the tit-for-tat trade war between the United States and China.While trade negotiations are ongoing, Chinese President Xi Jin...

It's hard to keep up with the tit-for-tat trade war between the United States and China.

While trade negotiations are ongoing, Chinese President Xi Jinping and President Donald Trump have been imposing waves of new tariffs for more than a year now. No one is winning. Businesses, and therefore consumers, in both countries are feeling the pinch.

On Friday, Beijing threatened another round of duties on $75 billion of US-made goods. The move was in response to Trump's promise earlier this month to impose tariffs on $300 billion of Chinese goods -- though he relented and agreed to hold off on most of that until December to avoid hitting Christmas shoppers in the United States.

"My guess is these new Chinese tariffs are meant to send a signal more than anything else," said Phil Levy, who served as a senior economist for trade under President George W. Bush and is now the chief economist at freight forwarding company Flexport.

Here's the latest and what it means for American businesses and consumers.

Who will feel Beijing's new tariffs?

On Friday, Beijing said it would put tariffs back on American-made cars and trucks.

Those tariffs won't be a major blow to the US industry. They will penalize American companies only for the cars they make in the United States and export to China. Ford, for example, exports more cars to China than General Motors does.

But they will ding companies that send cars and trucks they make in the United States to China. In 2017, about 15% of America's auto exports, worth about $9.5 billion, were sold in China. The Association of Global Automakers, which represents international auto manufacturers that have factories in the United States, immediately issued a statement Friday claiming that Beijing's duties would result in a severe drop in exports.

"If those tariffs go back into effect and remain in effect, American jobs are at risk. There's no question about that," said John Bozzella, president and CEO of the automakers' group.

The tariffs imposed by Beijing make it more expensive for Chinese consumers to buy certain products made in America. The tariffs aim to hurt American businesses that export to China.

Beijing already has tariffs in place on about $110 billion of US exports, which included things like almonds, chemicals, toys, and machinery. If the new tariffs go into effect as planned, most US goods sold in China will likely face a duty.

Meanwhile, China is lowering tariffs on goods coming from other countries, making American-made items even more expensive comparatively, according to the Peterson Institute for International Economics.

Some of the new Chinese tariffs will be imposed on September 1 and the rest will go into effect on December 15 -- mirroring Trump's latest tariff threat.

Some agricultural products are on the new list, but it would be difficult for China to inflict any more pain on American farmers than it already has. Sales of US-grown soybeans to China have essentially stopped since Beijing first put tariffs on them last year. As a result, farmers are getting a much lower price for their beans and ended up putting a record amount in storage at the end of last year's harvest.

Beijing knows that farmers and manufacturers are politically important for Trump. China, along with the European Union, has put tariffs on whiskey -- made in red states like Tennessee and Kentucky, the home of Republican Senate Majority Leader Mitch McConnell. Europe's tariffs were put in place in retaliation to Trump's duties on foreign-made steel and aluminum.

Things could still get worse for American consumers

Trump's tariffs on Chinese-made goods make them more expensive for American shoppers. If he moves forward with his next round, the tariffs will start to affect consumer goods like iPhones, laptops, sneakers and clothing. A significant portion of those items sold in the United States are made in China.

As of Friday, the administration planned to hit some of those goods with a tariff on September 1 and the remaining items on December 15 -- in order to avoid making some holiday presents more expensive.

Once in effect those new tariffs could cost the average American family $1,000 a year, according to an estimate by JPMorgan Chase.

Other consumer goods, including luggage, baseball caps and bicycle parts, have already been hit with tariffs. American shoppers may have not have noticed it as much, however, because earlier rounds mostly hit industrial materials and components that are used by manufacturers.

Correction: An earlier version of this article incorrectly characterized Ford's exports to China.