Thinking about buying Greenland? Here's what you need to know about the icy island 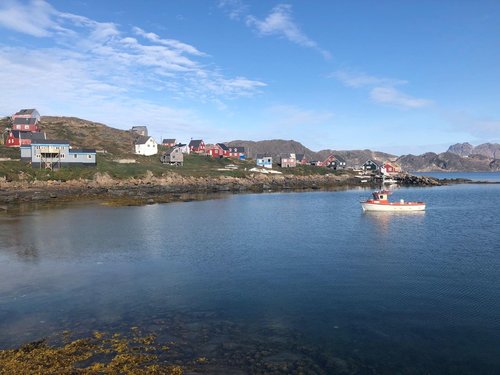 President Donald Trump asked about buying Greenland. But in no uncertain terms, the island's government has assured him that it's not for sale.

Apparently, it's not the first time the United States has inquired about purchasing the icy island: President Harry Truman reportedly tried to buy it in 1946, and Abraham Lincoln's secretary of state, William Seward, considered the idea in 1867.

Just why Trump floated the idea is unclear. The country has Thule Air Base, the US military's northernmost base, which comes with a Ballistic Missile Early Warning System, and there's a ton of land for potential research.

Greenland is not on the market now, but that's not to say the government can't change its mind. Here's what potential buyers need to know before they make a bid.

If you're one of those people who requires absolute darkness to sleep, maybe don't move to Greenland. The sun shines for two months straight, from May 25 to July 25, according to Denmark's Ministry of Foreign Affairs (Greenland is officially a district of Denmark).

During that time, the Earth's tilt relative to the plane of its orbit produces the 'midnight sun' phenomenon in parts of the Arctic Circle. The constant sunlight can cause the brain to produce less melatonin, making it more difficult to go to sleep.

Constant exposure to sunlight confuses the body and messes with its circadian rhythm. Ask Alaskans; the sun doesn't set from April 22 to August 20 in Fairbanks, and residents are known to hike, bike and golf in the middle of the night.

July is the only month when temperatures reach above freezing

Remember the old elementary school history lesson that the Vikings who arrived in Greenland and Iceland flipped their names, so anyone traveling to Greenland would expect warmth and greenery when the opposite was true? Greenland's icy terrain is no joke.

Greenland's massive ice sheet spans 660,200 square miles -- nearly 80% of the country's surface. It's freezing nearly year-round, and even in the summer, it typically doesn't get hotter than 50 degrees, according to Encyclopedia Britannica.

The freezing cold might explain why virtually no one is moving to Greenland; at the start of the 21st century, population growth was zero, according to Britannica.

Only about 56,000 people live in Greenland, making its population about 157 times smaller than that of London, per the UK's Office for National Statistics.

Only 20% of the country's 836,300 square miles is inhabited by humans. What's more, the only roads on the island run through towns but not between them. Visit Greenland, the country's official tourism website, recommends hopping on a plane, helicopter or boat to get around.

Greenland's society is a far cry from capitalism

Greenland is a Danish territory, but it's largely self-governing. And if approached by the United States to join the other 50 states, it's unlikely that its residents would abandon its socialist ideals.

The country provides free health care, public education and pensions for all of its citizens, paid for by Danish subsidies, according to Denmark's Ministry of Foreign Affairs.

As the Atlantic reports, private land ownership doesn't exist there. No Greenlander owns or rents the land they live on. The country's largest fishing company and retailer are both state-owned, and even its primary airline, Air Greenland, is co-owned by Greenland, Denmark and an airline holding company that Denmark and Sweden also co-own.

It's not as big as it looks

In some maps, Greenland appears to be the same size as Africa. But that's a classic case of map distortion: At 11,724,000 square miles, the continent is 14 times larger than Greenland.

The Democratic Republic of Congo and Algeria are both larger than Greenland, but they often look puny in comparison when they're displayed on a Mercator map, a common template for world maps that scales down continents.

The culture is unique

Nearly 90% of Greenland's population is of Inuit origin. They initial settlers of Greenland arrived as early as 2500 B.C. until the country was forcibly colonized by the Danish government in the early 18th century. And for the first few centuries AD, Vikings were in the mix.

The country's economy has long revolved around fishing in the Arctic and North Atlantic oceans, a history clear in notable delicacies like suaasat, a soup made from the meat of seals, whales, reindeer or seabirds.

It's ground zero for climate change

According to a 2017 CNN report, meltwater from Greenland's shrinking ice caps is the 'largest current contributor to global sea level rise -- double that of Antarctica.'

Melting has accelerated in Greenland as temperatures rise in the Arctic, which is warming twice as fast as the rest of the planet.

Ice that spills into the sea could even throw off Earth's gravity and rotation that determines how meltwater is distributed.