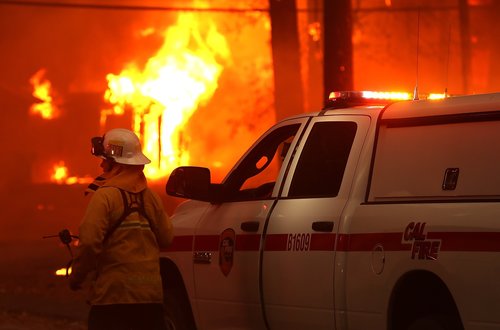 California's Pacific Gas and Electric power company is responsible for the devastating 2018 Camp Fire — a blaze that killed 85 people and destroyed thousan...

California's Pacific Gas and Electric power company is responsible for the devastating 2018 Camp Fire — a blaze that killed 85 people and destroyed thousands of structures — according to investigators with the California Department of Forestry and Fire Protection.

CAL Fire said in a news release on Wednesday that electrical lines owned and operated by PG&E started the fire early November 8.

In a statement Wednesday, PG&E said that it has not reviewed the investigators' report, but that its findings were "consistent with the company's previous statements." In April the company said it was "probable" that its equipment started the Camp Fire.

"We have not been able to form a conclusion as to whether a second fire ignited as a result of vegetation contact with PG&E electrical distribution lines, as CAL Fire also determined," the company said Wednesday. "PG&E is fully cooperating with all ongoing investigations concerning the Camp Fire."

The power company has been in a state of transition for most of the year. It filed for bankruptcy in January as it came under pressure from billions of dollars in claims tied to deadly wildfires.

Last month, PG&E named William Johnson — previously the CEO of the Tennessee Valley Authority — as its CEO. It also appointed 10 new members to its board of directors, while seven members stepped down.

Parke County Poor Asylum is on the market

A Texas demolition company accidentally tore down the wrong house