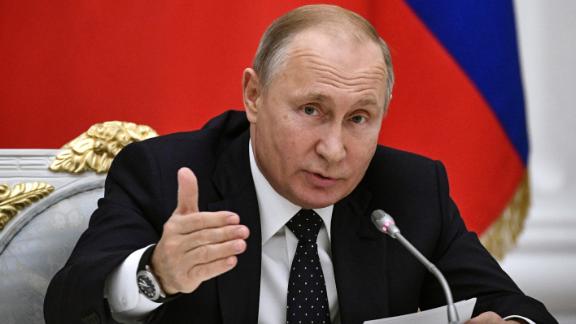 It's the ultimate travel adventure: A trip to a country that technically doesn't exist. (What kind of stamp do you get for that in your passport?) Here's what else you need to know to Get Up to Speed and Out the Door. (You can also get "5 Things You Need to Know Today" delivered to your inbox daily. Sign up here.)

Congressional Democrats, still digesting the news that special counsel Robert Mueller did not find President Trump's 2016 campaign or associates conspired with Russia, aren't packing it in just yet. They want Mueller's full report (and all of its underlying evidence) sent to Congress no later than next week. The chairs of six House committees sent a letter to the attorney general demanding they get the report by April 2. Meanwhile, the President, basking in his victory, plans to weaponize the report against his political enemies, his aides and advisers say. The first offensive in this new battle plan comes Thursday, when Trump will hold a rally with supporters in Michigan. Here are the 10 most pressing unanswered questions about the Mueller report.

The Trump administration is ramping up its efforts to topple Obamacare once and for all. In a dramatic reversal, the administration now says the entire Affordable Care Act should be struck down. Previously, the Justice Department's stance was that only portions of the law should be invalidated. A federal judge in Texas declared the entire health care law unconstitutional back in December, and now the administration says it agrees with that position as the case is appealed. The President has repeatedly said he would protect people with pre-existing conditions -- a pillar of Obamacare -- but the shift in the Justice Department's stand doubles down on stripping away all the health care law's protections.

Now, Parliament is in charge. British lawmakers seized control of the chaotic Brexit process from Prime Minister Theresa May. So, lawmakers tomorrow could vote on as many as seven different options, including holding a second referendum, keeping the United Kingdom in a customs union with the European Union or even allowing the dreaded no-deal Brexit to take place. Whatever happens tomorrow could go a long way in determining what the UK's relationship with the EU will ultimately be and whether May can hold on to power. As of right now, the UK is set to leave the EU on April 12.

A federal ban on bump stocks starts today, unless a court steps in. The Justice Department in December issued a rule banning bump stocks -- attachments that essentially allow shooters to fire semiautomatic rifles continuously with one pull of the trigger. Bump stock owners were given 90 days to turn them in or destroy them, and that period ends today. But some gun rights activists aren't going out without a fight. Last night, the Supreme Court received two emergency appeals asking the ban be put on hold. Bump stocks came under scrutiny after the 2017 massacre at a country music festival in Las Vegas.

TV shows. Video games. Credit cards. And Oprah. Yes, Apple brought out everything but new iPhones yesterday, when it announced its arrival into the increasingly crowded video streaming space. The tech giant will make its own TV shows and movies that can be found on its updated Apple TV+. It launches this fall, but Apple didn't reveal how much it will cost or how many shows will be available. Oprah Winfrey will have two new docu-series streaming on the service. Steven Spielberg was on hand because he'll have projects on Apple+, too, which was something of a shocker to many after his recent comments about Netflix. Apple also introduced a digital newsstand called News+.

Imagine the surprise on the faces of the British Airways passengers when their Dusseldorf-bound flight touched down in Edinburgh, Scotland.

Simmer down, "Drake & Josh" fans. Yes, Drake Bell and Josh Peck are working together again, but it won't be a reboot of their popular 2000s TV show.

MMA fighter Conor McGregor tweeted that he's retiring from the sport, but this isn't the first time he's stepped out of the octagon, now is it?

Ever wonder why so many Egyptian statues have broken noses? There's more to it than just run-of-the-mill vandalism.

Nine is just fine in the labor unit at a Maine hospital, where nine pregnant nurses will give birth at about the same time.

"We were ashamed and white as sheets."

Peter Haft, chairman and a managing partner at JAB Holdings, the family conglomerate which owns Krispy Kreme, after a three-year investigation uncovered the Reimann family's ties to the Nazis.

Farmers for a day

A road trip to the country with Kevin Hart and Jennifer Garner? Hey, why not. (Click to view.)

Looking for a job? The Terre Haute Parks Department is hiring