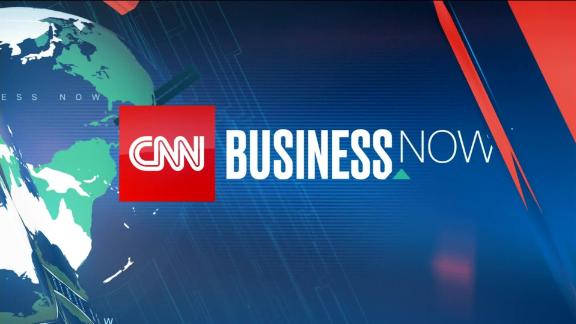 Economists polled by Refinitiv forecast that employers added another 185,000 jobs during the month. They expect the unemployment rate to tick down to 3.9%.

That would be the weakest jobs number since last September — and possibly the beginning of a long-expected moderation in the pace of growth.

Analysts were already worried about slowdown ahead of the January report, but employment growth ended up being surprisingly strong.

Exports plunged 21% in February from a year earlier, a slump that economists attributed to weaker global demand for Chinese goods and the country's trade war with the United States.

The data was far worse than economists had predicted. The Shanghai Composite plunged 4.4% while the tech-heavy Shenzhen Composite dropped 3.8%.

The value of goods shipped to the United States fell much more sharply than for other major markets.

"This suggests that US tariffs have become a more meaningful drag on exports," said Julian Evans-Pritchard, senior China economist at Capital Economics.

Another worrying piece of news came from the US ambassador to China, Terry Branstad, who told the Wall Street Journal that a date has not yet been set to resolve the trade dispute.

"Both sides agree that there has to be significant progress, meaning a feeling that they're very close before that happens," Branstad told the newspaper. "We're not there yet. But we're closer than we've been for a very long time."

European markets dropped at the open, following a downbeat session in Asia.

The Dow Jones industrial average and the S&P 500 closed 0.8% lower on Thursday. The Nasdaq dropped 1.1%.

Before the Bell newsletter: Key market news. In your inbox. Subscribe now!

4. Companies and economics: Shares in Commerzbank and Deutsche Bank were volatile after German magazine Focus reported that the CEOs of both banks have resumed intensive discussions in recent days about a potential merger. Commerzbank shares gained as much as 1% in early trade before dipping into negative territory. Deutsche Bank's stock was down nearly 1%.

Deutsche Bank declined to comment. Commerzbank did not respond to questions from CNN Business.

German factory orders dropped 2.6% in January compared to the previous month, the latest evidence of a major slowdown in eurozone's biggest economy.

"German manufacturing is going through a recession," said Florian Hense, an economist at Berenberg. "It will take some easing of trade tensions, better news out of China and an end to the hard Brexit risk to stop the downturn," he added.

Vincennes University pays tribute to the class of 2020 with trees

New tool in Vigo County could help save more lives