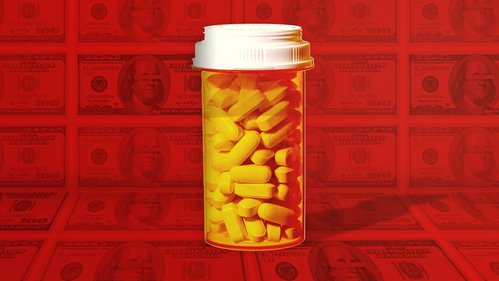 Johnson & Johnson will become the first drug maker to include the price of a prescription drug in TV ads.The pharmaceutical titan will provide both th...

Johnson & Johnson will become the first drug maker to include the price of a prescription drug in TV ads.

The pharmaceutical titan will provide both the list price and potential patient costs for its most frequently prescribed medicine, Xarelto, a blood thinner, starting in March.

The move puts the company one step ahead of the Trump administration, which is seeking to require drug makers to include list prices in their ads in order to promote more competition and lower prices.

The pharmaceutical industry has fought the administration on the effort. In recent government filings, Johnson & Johnson, one of the world's largest health product companies, objected to the drug pricing transparency rule as currently proposed, saying it creates "additional confusion in an already complex health system."

In a post on its website Thursday, Johnson & Johnson said it wants to provide additional information to help patients make more informed decisions. It will use feedback from consumers to guide its listing of prices for additional medicines.

"It's important to have greater clarity on what you can expect to pay for your medicine at the pharmacy," said Ernie Knewitz, a spokesman for the company.

Asked how much Xarelto costs, Knewitz said that the list price varies and that Johnson & Johnson is still determining how to pinpoint the typical costs consumers will pay.

The blood thinner's estimated retail price is about $500 for 30 tablets, according to GoodRx, a website that provides cost comparisons and discounts.

Experts have questioned the usefulness of posting list prices of medicine in ads, as most people with insurance pay far less. They fear that advertising list prices may scare patients away from drugs they could actually afford with their coverage.

Brazil police on the look-out for theft suspect

Sheriff: Man stirs the pot by lighting joint in court

'You put him on a task to do something...he's like a bulldog and he gets it done' Norm Loudermilk named new director of Vigo County Juvenile Center

As the Coronavirus impacts millions in China, local doctors say we should be worried about influenza here