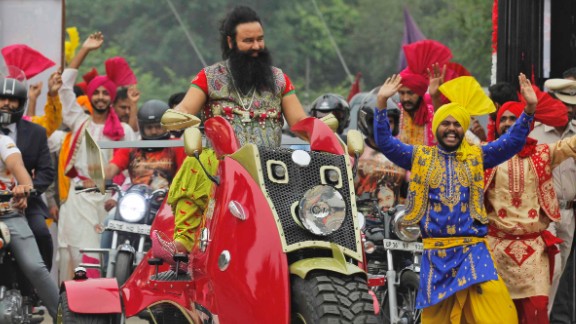 New York Harbor isn't exactly pristine. A nonprofit hopes to change that with the help of a billion oysters. Here's what else you need to know to Get Up to Speed and Out the Door. (You can also get "5 Things You Need to Know Today" delivered to your inbox daily. Sign up here.)

President Donald Trump personally directed his longtime former attorney Michael Cohen to lie to Congress about the Moscow Trump Tower project, two federal law enforcement officials involved in an investigation of the matter told BuzzFeed. The law enforcement officials told BuzzFeed that Trump directed Cohen to claim negotiations to build a Trump Tower in Moscow ended months earlier than they actually did. The law enforcement sources told BuzzFeed that Cohen confirmed to special counsel Robert Mueller's team that Trump issued the order to lie to Congress. CNN has not corroborated the BuzzFeed report.

Mueller's office learned Trump directed Cohen to lie to Congress through interviews with multiple witnesses from the Trump Organization, internal company emails, text messages and other documents, Buzzfeed reports. When asked for comment, Trump's attorney Rudy Giuliani told CNN, "If you believe Cohen, I can get you a great deal on the Brooklyn Bridge." Cohen declined to comment to BuzzFeed, as did a spokesperson for the special counsel's office.

President Trump was unusually quiet after House Speaker Nancy Pelosi asked him to postpone the State of the Union address because of the partial government shutdown. Now, we know why. Trump engineered an unexpected political maneuver of his own, pulling the military plane Pelosi was going to use on a trip to Afghanistan just an hour before she was scheduled to leave. In a letter to Pelosi announcing his decision, Trump cited the shutdown. He also told her she could still make the trip -- to a war zone -- by flying commercial, if she wished. This ongoing duel between the President and House speaker, while definitely entertaining, does absolutely nothing to end the 28-day partial government shutdown that's affecting about 800,000 federal workers.

The Trump administration was working on a policy to separate migrant families at the US-Mexico border as early as December 2017, according to a 2017 memo released by a Democratic senator. The date of the memo is significant because Homeland Security Secretary Kirstjen Nielsen claimed months later in a tweet that no such policy existed. In the draft memo, Homeland Security and Justice Department officials discussed separating families and possibly denying children asylum hearings. A Homeland Security spokeswoman responding to the memo's release said the administration was exploring "all legal options" to stop illegal immigration at a time of increased apprehensions on the border. This comes as a new inspector general report reveals the government separated thousands more children than it previously acknowledged.

Gurmeet Ram Rahim Singh, a controversial Indian spiritual guru, was sentenced to life in prison for the murder of a journalist. Singh and three aides were convicted on murder and conspiracy charges in the 2002 shooting death of Ram Chander Chhatrapati, editor of a Hindi-language newspaper. Chhatrapati's paper had published a letter that helped expose the sexual abuse of women within Singh's sect. Singh, who was already in prison for the rape of two female followers, remains an influential figure in India, where he commands a loyal following. He was known as the "guru of bling" because of his once-flamboyant lifestyle.

TV programming aimed at black and Hispanic kids has commercials that almost exclusively push fast food, unhealthy snacks, candy and sugary drinks, a new study says. The study, from the Rudd Center for Food Policy & Obesity, says junk food comprised 86% of ad spending on black-targeted programming and 82% of spending on Spanish-language television in 2017. "They're targeting them with the worst products," the study's lead author said. Obesity rates for non-Hispanic blacks and Hispanic youth far outpace the rates for white and Asian youth, according to the US Centers for Disease Control and Prevention.

Too cool for school

A group of K-Pop stars had their diplomas revoked by South Korea because they missed too many classes.

Eagles wide receiver Alshon Jeffery -- who dropped THAT pass during the playoff loss to the Saints -- met with the schoolkids who consoled him.

Want to travel to Mexico? You might want to get a DNA test first. It could help you get a big discount from the country's national airline. No, really.

Ford's going to try to electrify sales of its popular F-150 trucks by putting out an electric plug-in version of the vehicles.

The number of Netflix subscribers worldwide

Journalist Noor Tagouri, after she was misidentified as a Pakistani actress in the latest issue of Vogue magazine. Tagouri says "misrepresentation and misidentification" of Muslims in the media "is a constant problem."

Let's shimmy into the weekend with this one, which features a man who traveled the world and filmed himself dancing with strangers, all to make you smile. (Click to view.)