Here's what we know about Paul Whelan, the US citizen accused of spying in Russia 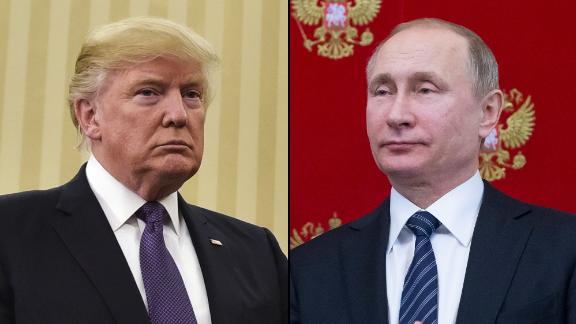 Paul Whelan's mysterious arrest in Russia has drawn international attention and sparked speculation about what may have prompted his arrest.

Russian authorities say the 48-year-old American citizen has been working as a spy while his family says he visited the country only as a tourist. Whelan's arrest also comes two weeks after alleged Russian spy Maria Butina pleaded guilty to conspiracy charges in the United States.

As US officials and Whelan's relatives wait to learn more about his charges, here's everything we know about Whelan so far:

He is a corporate security expert

Whelan was born in Canada to British parents, and lives in Michigan. He works as the director of global security for an automotive components supplier called BorgWarner. He has worked for the company since 2017.

His twin brother, David Whelan, said the job entails making sure BorgWarner facilities are physically secure. The company has said it doesn't have facilities in Russia.

Before working for BorgWarner, Paul Whelan was a senior manager in the global security and investigations group Kelly Services, a US-based global office staffing company.

He told Security Magazine in 2013 that his job at Kelly Services involved, in part, preventing workplace violence.

He was discharged from the Marines for bad conduct

Whelan served 14 years in the US Marine Corps Reserve until he was discharged for bad conduct in 2008.

His service as staff sergeant ended when he was convicted at a special court-martial on an attempted larceny charge, military court documents show. He was accused of wrongfully using another person's Social Security number and writing bad checks.

He's no stranger to the country. When Whelan was in the military in 2006, he used his two weeks' leave to visit Russia.

A 2007 online Marine Corps article says he spent the leave "experiencing the post-Soviet era of Moscow and St. Petersburg." A photo shows him standing across the Moscow River from the Kremlin.

He likes to travel around the world and has also visited countries like India and Iceland, his brother said.

"He has friends in Russia, so that would be an extra draw, people he's met on social media, but I don't know that Russia was a particular place of return for him," David Whelan said.

He was attending a wedding, his family says

Whelan flew to Moscow on December 22 to attend the wedding of a fellow former US service member and a Russian woman, his family said.

He was acting as a tour guide for other wedding guests who had not visited Russia previously, his brother said.

Before his arrest, he had been staying at Moscow's Metropol Hotel and spent time with the wedding party at the Kremlin.

When Paul didn't arrive at the wedding on Friday, the newlyweds filed a missing-person report with Russian authorities, his brother said.

It appears Whelan had been using a Russian social media platform similar to Facebook for the past 13 years.

Photos showing Whelan have been uploaded to the VKontakte, or VK, social network from around the world for years, in a profile under his name.

The last status update on the page reads "next stop, Moscow..."

Whelan appears to have posted several comments in Russian last year, including one congratulating the Russian people for "Victory Day," the day of Nazi surrender in 1945, and another one wishing a merry Christmas.

The page shows that someone last logged in to the profile under Whelan's name on Friday, the same day Russian officials said he was arrested in Moscow.

When asked about the VKontakte page, Whelan's brother said he couldn't confirm the account, but accepts that his brother likely had one, because he made friends in the country.