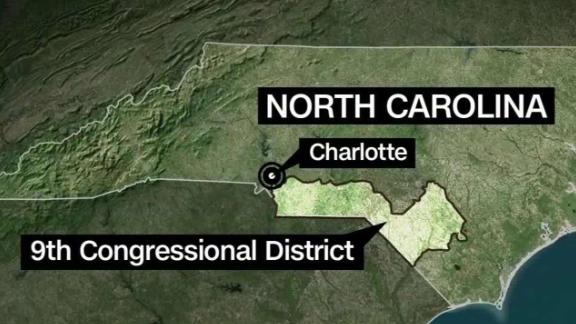 As North Carolina officials investigate allegations that absentee ballots were tampered with in a razor-tight congressional race, a review of some of those ballots revealed many were signed by the same small group of people -- some of whom are connected to a long-time operative working for the Republican candidate's campaign.

If you're looking for a last-minute gift idea, Richard Branson says he's hoping Virgin Galactic will take people to space before Christmas. Here's what else you need to know to Get Up to Speed and Out the Door. (You can also get "5 Things You Need to Know Today" delivered to your inbox daily. Sign up here.)

Some of the mystery surrounding the Mueller investigation may finally be lifted this week. Some critical court filings focusing on Trump's first national security adviser, Michael Flynn, are due today, and documents related to his ex-campaign chairman, Paul Manafort, and attorney Michael Cohen are set to be released by the end of the week. The filings -- in the form of sentencing memos -- could offer some key new details about the investigation, and they could be damaging to President Trump. If you've been waiting for some serious clues about what the conclusion to this investigation may be -- and what the point of it all is -- experts say these filings could be the answer.

Brexit woes continue for the UK. Prime Minister Theresa May is facing serious backlash, even from within her own party, because of the rollout of her Brexit bill, which would solidify the terms of the UK's exit from the European Union. Critics argue she ignored a vote to publish the full legal advice on her bill, and others worry the bill's terms may not make for a clean break from the EU. May is due to address Parliament today to drum up support, but if the bill fails, her leadership could be in serious jeopardy. Meanwhile, a top EU legal adviser announced that the British government has the power to unilaterally stop the Brexit process, if it wants. If you still aren't keen on this whole Brexit thing, here's our guide for non-Brits.

Possible evidence of voter fraud in a North Carolina House election is rocking the state. While investigating claims that absentee ballots were tampered with in a tight congressional race, North Carolina officials noticed many were signed by the same small group of people -- some of whom are connected to a longtime operative working for the GOP candidate's campaign. North Carolina requires witnesses, typically relatives or friends, to sign absentee ballots. But 161 absentee ballots shared the same small group of witnesses, many who apparently know each other. A common connection runs through Leslie McCrae Dowless, an operative who worked for the campaign of Mark Harris, the Republican who leads the race by 905 votes. Dowless reportedly has denied any wrongdoing.

Say good-bye to Tumblr as you know it. The popular blogging platform announced a serious crackdown on adult content, baffling devotees. Starting December 17, the platform will no longer allow any depictions of sex acts, even illustrated (if you know Tumblr, you know that's a big deal). It will also not allow any sexual depictions of "female-presenting nipples." (Rest assured, written erotica and fan fiction are still allowed). The crackdown comes after Tumblr admitted it had trouble identifying and removing content related to child sex abuse. Tumblr, like many social media platforms, has struggled with filtering and moderating content that toes the line of free speech, such as porn and hate speech. But many users of the platform, which attracts young, creative types and large media fandoms, think the most recent changes aren't a good fix.

Sri Lanka is in a constitutional crisis that has effectively left the South Asian country without a functioning government. Prime Minister Mahinda Rajapaksa is refusing to step down even though he lost two no-confidence votes last month, and now the country's Court of Appeals has temporarily barred him and his Cabinet from carrying out official duties. Even though the decision puts the country's leadership in limbo, letting Rajapaksa continue to govern would cause "irreparable" damage to the country, one judge said. Rajapaksa is appealing the decision to the Supreme Court. The controversial Prime Minister was appointed in October in a decision that triggered nationwide protests.

President George H.W. Bush will lie in state again today at the US Capitol, and the public is again invited to pay its respects. President Trump will also meet privately with the Bush family. A funeral service will be held tomorrow at the Washington National Cathedral.

Save this for when you stop crying over that photo of him by Bush's casket.

Poll asks: What does it mean to be a 'real American'?

And not ONE question about apple pie.

Passersby call 911 for a man clinging to life off the side of a house, but it turns out it was just a 'Christmas Vacation'- inspired decoration

If your Christmas decorations don't scare the neighbors, they're NOT FESTIVE ENOUGH.

Preschoolers get served Pine-Sol instead of apple juice

The new 'Captain Marvel' trailer is here and people are verklempt

Save us, Carol Danvers!

The estimated cost of a new facility planned by the University of North Carolina that will house the Confederate monument, "Silent Sam." The monument has been the subject of controversy, but because of state laws, it can't be moved to a museum off campus.

"Of all the ugliness in politics, the utter disrespect George Conway shows toward his wife, her career, place of work, and everything she has fought SO hard to achieve, might top them all."

Eric Trump, in a tweet criticizing White House counselor Kellyanne Conway's husband. George Conway has been baldly critical of the Trump administration (yet not his wife).

Dashing through the sNO THANK YOU

These ducks are experiencing snow for the first ... and, er, preferably last time. (Click here to view.)