Washington, DC, police officer charged with murder in connection with man's death after a police pursuit 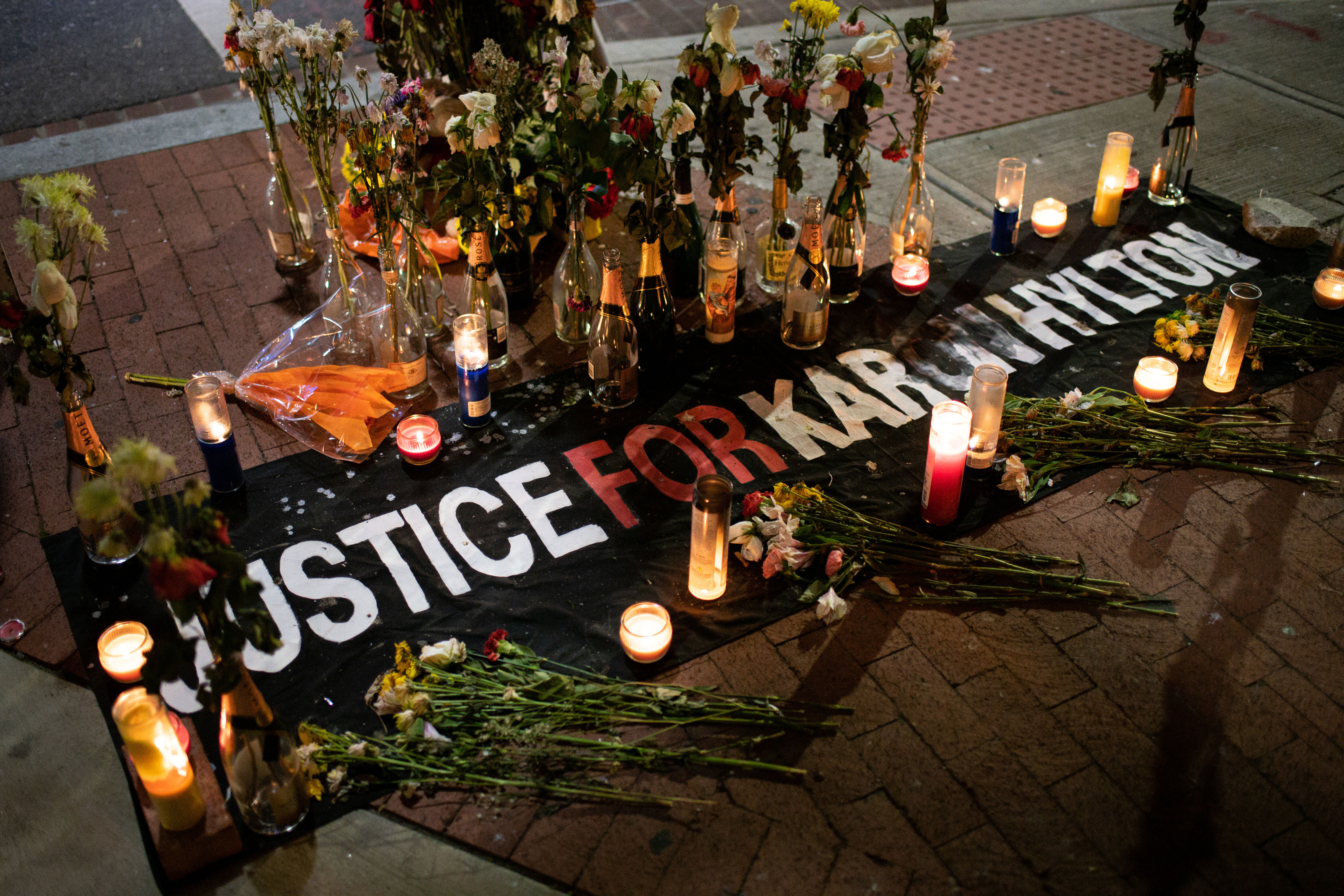 Washington, DC, police officer charged with murder in connection with man's death after a police pursuit

A Washington, DC, police officer and a police lieutenant were indicted Friday in connection with the death of a 20-year-old man, the Justice Department announced.

CNN reached out to the Metropolitan Police Department for comment. On Friday, attorneys for Sutton and Zabavsky entered not guilty pleas on their clients' behalf.

The indictment alleges that Sutton and Zabavsky attempted to "hide from MPD officials the circumstances of the traffic collision leading to Hylton-Brown's death, to prevent an internal investigation of the incident and referral of the matter to federal authorities for a criminal civil rights investigation."

"Transparency in policing operations requires an independent review of police use of force," DC Metropolitan Police Chief Robert Contee said in a Friday news conference, following the announcement of the charges. "This is the process of accountability. MPD respects and supports investigations undertaken by the United States Attorney's Office.

"At the conclusion of legal proceedings, regardless of the outcome, MPD is then authorized to conduct its own administrative investigation," the chief said.

Hylton-Brown's death last year sparked days of protests and riots outside the police precinct in the neighborhood where the incident took place.

Hylton-Brown was driving a Revel scooter on the sidewalk on October 23 without a helmet, prompting officers to turn on their emergency lights and attempt to make a traffic stop, police said in a news release at the time.

Sutton was driving an unmarked police car that Friday night with three other unidentified officers inside and Zabavsky was alone in his marked police car, according to the indictment.

They both pursued Hylton-Brown since "driving a moped on the sidewalk and riding a moped without a helmet are municipal traffic violations," the indictment said.

While Zabavsky assisted in initiating the pursuit and activated his emergency lights, he was separated from the pursuit after several blocks, and continued to drive in a parallel path, communicating with Sutton over a closed police radio channels about their locations in an attempt to intercept Hylton-Brown, the indictment said.

"This channel was not broadcast to the communications dispatcher responsible for coordinating vehicle pursuits or the District Watch Commander, the MPD official to whom Zabavsky reported," the indictment said.

Sutton tailed Hylton-Brown into an alleyway, deactivated his emergency lights and sirens and accelerated behind him as Hylton-Brown approached the alley's exit, where he was struck by an oncoming civilian vehicle, according to the indictment.

"The impact ejected Hylton-Brown off the moped and across the full width of the alley," the indictment said.

Several seconds later, when Zabavsky arrived at the scene, "Hylton-Brown lay in the street motionless, unconscious, and with a pool of blood collecting underneath his head," the indictment said.

Neither Sutton and Zabavsky notified the team responsible for investigating traffic crashes involving serious injuries or death, nor did they inform officials in the chain of command about the pursuit and Hylton-Brown's injuries, the indictment said.

The two "took control of the scene and deliberately neglected to execute their duties properly," it added.

"Fewer than 21 minutes after the collision, before leaving the scene, Sutton and Zabavsky deactivated their MPD-issued body-worn cameras (BWCs) and conferred privately" and at the precinct provided a "misleading account of the incident," according to the indictment.

Sutton denied that he engaged in a pursuit of Hylton-Brown, and Zabavsky withheld information about his involvement in the incident, the indictment said, adding they both "omitted any mention of Hylton-Brown's serious injuries."

Hylton-Brown suffered severe head trauma and died two days later from his injuries, according to the indictment.

It wasn't until after Zabavsky learned of how serious Hylton-Brown's injuries were that he came clean to a superior, according to the indictment.

On Friday, Magistrate Judge Zia Faruqui ordered Sutton to home detention and Zabavsky to a high-intensity supervised program that includes electronic monitoring and a curfew.

Sutton's attorney, J. Michael Hannon, said his client has been suspended without pay since the incident and has received death threats. If convicted, Sutton faces the maximum of life in prison. The next court date is October 4.

The two are currently on administrative leave, Contee, the police chief said during the news conference.

"What happens, the members were served today with a notice of intent to suspend them indefinitely," he said. "There's an appeal process that they're able to go through and once they go through that process, at the end of it, a final determination will be made as of their status."

As the temps drop, your electric bill will jump, and experts warn it could be even more than normal

Are you ready if an earthquake hits? World's largest earthquake drill set for next week - here's how you can take part

North Vermillion Wins a Close One Over Seeger