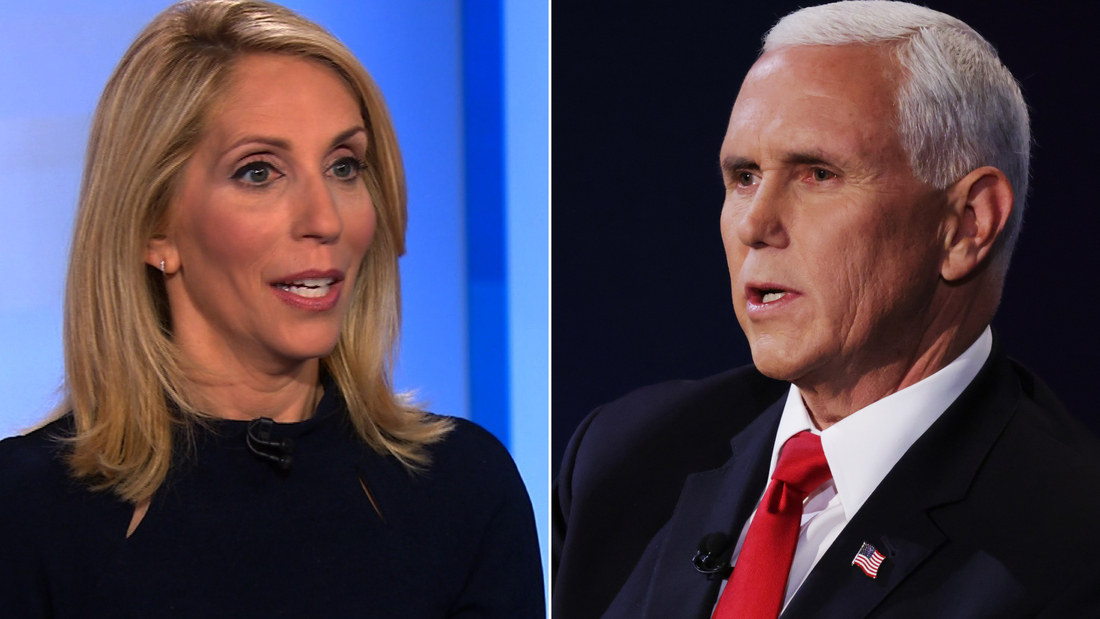 It was the nagging, infuriating and seemingly unshakable stereotype of the "angry Black woman." Harris almost certainly heard it over and over in her prep for Pence. Be nice, courteous, smile a lot, don't interrupt and, most importantly, don't show any flashes of anger. After all, this debate was not solely about one upping one another on the big-ticket policy issues, but the optics.

Harris pretty much stuck to the script. Pence repeatedly butted in, talked over her and bulldozed his way through admonitions from the moderator that "time's up." Yet, Harris was careful to mostly wear a pleasant smile, give a light chuckle, and maintain studied silence when Pence was speaking.

The same held true when Pence was busy doing damage control for President Donald Trump, whose half-truths and falsehoods -- such as his alleged crude putdown of American soldiers who have died in war (Trump denies the claims) or his colossal borderline criminal handling of the Covid-19 crisis -- has created a real obstacle to him securing a second term.

Pence repeatedly lied and made misleading claims, saying things like Trump suspended "all" travel from China during the very early days of the spread of Covid-19, the Obama administration left the Strategic National Stockpile "empty," and the Trump administration had a health care plan to protect those with preexisting conditions.

Harris mostly let Pence's falsehoods pass. She got her licks in though on the economy. She reminded Pence and the country that it was then-President Barack Obama and Vice President Joe Biden's policies that jump-started the economy long before Trump took office. She also reminded viewers that Trump repeatedly cozied up to white supremacists, no matter how deadly their acts.

Harris was forced to walk a precarious optics tightrope for two crucial reasons. First, Biden will be 78 on inauguration day if he wins. Harris' final task is to assure voters that if there is an age or health challenge or Biden elects to serve only one term, she has the experience and political savvy to quickly take the wheel of governing.

Strong, tough, decisive and, yes, aggressive, are the exact qualities that voters and millions of Americans want and expect in their leaders. There's a world of difference, though, between that and raw, emotional anger. A man may get away with that and still be lauded as forceful and fiery. But in a woman, this is often seen as negative. Women are simply dismissed as overwrought, emotional and unsteady.

It's silly, revolting and blatantly unfair. But in the high stakes game of this presidential race, with the would-be vice president who could well be the President under an even more harsh looking glass than ever before, Harris undoubtedly felt the heat.

The other reason was the narrative that Trump has created about Harris. The instant Biden announced that she was his VP running mate pick, the president started in. She was "mad," "nasty,' "vicious," and "disrespectful." But most of all, "angry."

And the morning after the debate, the President called Harris a "monster" on Fox Business.

It's as if Trump was reading hard the minds of many who are prone to swallow whole the hackneyed stereotype of Black women as hard, tough and always unfeminine -- supposedly unlike White women. It's the perfect excuse for some to reject out-of-hand the pick of a presidential candidate who has the temerity to choose a Black woman as his running mate; one heartbeat from the Oval Office.

Harris could have smiled, spoke in a whisper and been the model of decorum in the debate, and Trump would still find a way to sneak the stereotype in about her.

In the end, Harris and Pence accomplished what they had to.

Harris stuck to the, by now, well-worn Democratic talking points on taxes, the environment, the economy and criminal justice system reform.

Pence stuck to the well-worn Trump talking points on the same issues. He also smartly presented the contrast between himself and Harris in subtle ways, careful not to make direct personal attacks on her. He was even at times complimentary. A harsh frontal attack would have made him look like a browbeating bully. That would have been the turn off for many voters sizing both up as future Oval Office occupants that he couldn't afford.

From a purely issues standpoint, little new was learned on Wednesday night, and there was little new that Democrats or Republicans could point to as a "gotcha" moment their candidate grabbed at the expense of the other.

But Harris had one other mission to accomplish: to stand Trump's "angry Black woman" smear on its head by putting on display the sharp, informed, political skills and acumen on the issues that have moved her quickly up the political ladder. On the debate stage, she succeeded in doing so.