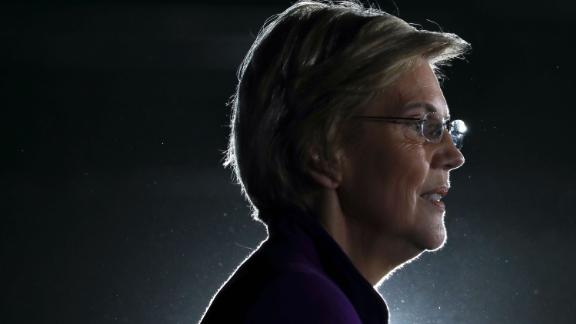 She's out of the race. And those of us who supported Sen. Elizabeth Warren for president are shell-shocked.

The heartbreak began when we saw Super Tuesday's returns -- vote totals that fell well short of even pessimistic estimates of what the Warren campaign could expect. She'd win or come in a close second in Massachusetts, her home state, the theory had gone. According to her campaign manager Roger Lau, she was at the 15% or above "viable" level in congressional districts across nearly all 14 states holding primaries, and was a firm (if distant) second in coveted California with its 415 delegates, a third of all of those being awarded that day.

She had encouraging signs in Texas, in Colorado, and, if you squinted hard, signs of life in Minnesota, Virginia and Oklahoma. Surely she'd garner enough of a delegate count to remind people that it was way too early to count her out.

And her speech the night before had been an electric one, a history lesson of the Justice for Janitors union organizing campaign that transformed the lives of custodial workers across the nation, and that had begun in Los Angeles in 1990. It was intended to send the message that together, we could overcome any obstacle -- and also, that she, the daughter of a janitor, was not about to turn back from a fight without, per her most famous quote, "plenty of blood and teeth on the floor."

Today, blood and teeth are everywhere, and so are tears.

She leaves the race indicating that she won't endorse anyone until she has a serious sit-down with them about platform and policy -- seeking to make her former rivals better even as she helps to elevate them. It's how she's always worked, because continuous learning and constant teaching are her lifelong reality.

So, whom will she ultimately endorse?

It seems implausible that she'd endorse Joe Biden, given her siren call of big structural change and her longtime allyship with Bernie Sanders. Of course, she did endorse Hillary Clinton in 2016 -- but only after Clinton had mathematically eliminated Sanders, after former President Barack Obama and then-Vice President Biden had endorsed the eventual nominee. Warren was the last Democratic woman in the Senate to endorse Clinton.

She essentially stuck by Sanders until the last possible moment, when everyone around him had already been urging him to end his implausible run for weeks.

Some Sanders supporters painted that as an act of betrayal; in truth, it was evidence of uncompromising loyalty in the face of tremendous pressure.

Meanwhile, in this cycle, let's remember that Warren saw a rocket-boost spike in her popularity that made her the undisputed front-runner for the better part of October -- right after Sanders had his heart attack. Biden was flailing; Pete Buttigieg, Amy Klobuchar and others were barely registering in the polls.

If Sanders had chosen to stand down then and throw his support to Warren instead of relaunching his campaign, the union of her coalition and his loyalists on the left would've likely dealt Biden a finishing blow. Buttigieg would never have had the chance to briefly catch fire. Pundits would have dubbed Warren the unity candidate who'd healed the rift between the Sanders and Clinton factions of the Democratic Party.

Mike Bloomberg -- her mortal nemesis -- would have entered the race even sooner, but that would've played directly to her strengths. After all, it was the Nevada debate, in which she eviscerated first-time-on-stage Bloomberg, that briefly rejuvenated her campaign. My point? If anyone engaged in an act of divisive "betrayal" of the progressive movement, it was Sanders.

So my guess is that unless the math looks impossible, she'll end up throwing her support behind her longtime friend and ally Sanders. Sanders undoubtedly has the ability to smooth a path to that endorsement. Naming her to his ticket would put Biden back on his heels.

Sanders has already vetted her, according to a report by The Intercept, as a combination vice president and secretary of the Treasury. Plus, the 60-odd delegates that Warren has likely earned total, with California still counting, would almost exactly close the current gap between Biden and Sanders -- eliminating the former's current advantage.

As for those of us who supported her, we can only mourn that the woman who's widely seen as the most qualified and exceptional person in the race has exited it, and that the most broadly diverse Democratic candidate field in history has boiled down, once again, to two old, heterosexual white men. When will America be ready again for something different?

No injuries reported in fire at a Vincennes pizza shop

Holocaust survivor, husband of CANDLES Museum founder Mickey Kor has passed away at 95

A cool down is on the way - Kevin has the details