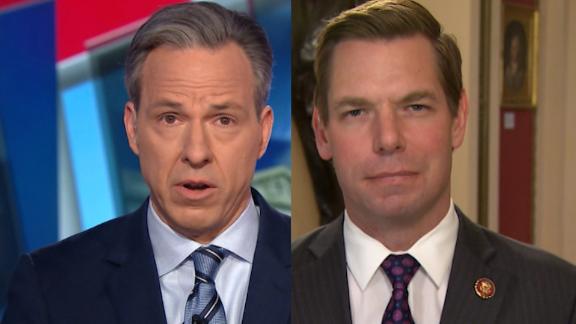 House Speaker Nancy Pelosi on Tuesday called for Senate Majority Leader Mitch McConnell to "immediately" publish the resolution detailing the rules for the Senate impeachment trial of President Donald Trump, saying that step had to be taken before the impeachment articles would be sent to the Senate.

Pelosi made the demand in a letter to her colleagues on Tuesday evening, the latest step in the fight between the two chambers and the two parties over witnesses in the Senate trial after the House passed two articles of impeachment last month.

"It is important that he immediately publish this resolution, so that, as I have said before, we can see the arena in which we will be participating, appoint managers and transmit the articles to the Senate," the California Democrat wrote.

Her letter comes after McConnell said Tuesday that he has the votes to set the ground rules for the trial without Democratic support. The Kentucky Republican does not plan to hold a vote on a resolution setting the procedures until the two articles are formally sent to the Senate.

Pelosi has been talking about how she wants a fair process, but she has not explained her thinking about when she will deliver the articles. Multiple Democrats who have spoken to Pelosi say she is angry at the senators' handling of the trial.

Sending over the articles would require a House vote to name the impeachment managers who would prosecute the trial for the House.

Senate Minority Leader Chuck Schumer has pushed for the Senate to agree to witnesses in the trial before it begins. But McConnell has said the Senate should first agree to the rules of the trial that pave the way for opening statements from the Democratic House impeachment managers and the President's defense team, and then decide on witnesses.

McConnell has argued he's following the precedent established during President Bill Clinton's Senate impeachment trial in 1999, where the Senate passed a resolution on the rules and decided later on how to bring in witnesses.

Democrats, however, argue that the comparison is not true. In her letter Tuesday, Pelosi circulated a document from Schumer that argues the witnesses called in the Senate trial had already testified under oath to a grand jury -- while the witnesses Democrats are seeking for Trump's trial refused to testify during the House impeachment inquiry.

One of those witnesses, former national security adviser John Bolton, said Monday that he would be willing to testify in a Senate trial if he is subpoenaed.

While Senate Democrats have backed up Pelosi's push for witnesses, several senators made clear Tuesday that they're ready to move on from the speaker's withholding of the articles and start the trial.

Parke County Poor Asylum is on the market