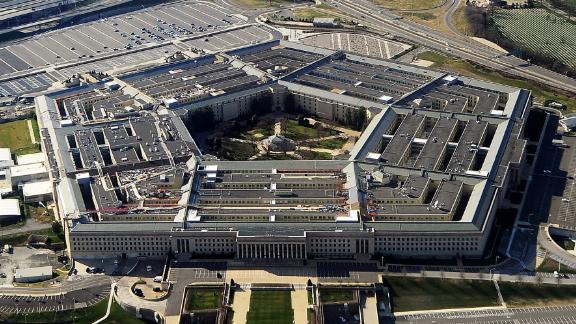 In the face of warnings from the Pentagon that the hold on military aid to Ukraine could be illegal, an official from the Office of Management and Budget made it clear that the order to keep the freeze in place came directly from President Donald Trump, according to unredacted documents reviewed by Just Security.

The documents, including emails from officials at the Department of Defense and the Office of Management and Budget that were released under court order last month but were either partially or completely blacked out, offer new details about tensions between the two agencies tasked with carrying out Trump's unexplained hold on aid to Ukraine.

They also raise serious questions about why the newly revealed contents were redacted by the Trump administration in the first place amid congressional oversight efforts and court orders in Freedom of Information Act litigation.

Among the documents viewed by Just Security, a website focusing on reporting and analysis of national security law and policy, was an August 30 email from Michael Duffey, associate director of national security programs at OMB to Elaine McCusker, the acting Pentagon comptroller, stating the freeze on aid to Ukraine would continue at the explicit direction of the President despite growing legal concerns within the Pentagon and mounting external questions prompted by news of the hold becoming public just days prior.

"Clear direction from POTUS to continue to hold," Duffey wrote in that email, which has only been made available in redacted form until now and was not handed over to House investigators conducting the impeachment inquiry into the President, according to Just Security.

The August 30 email was sent on the same day Defense Secretary Mark Esper and Secretary of State Mike Pompeo met with Trump to discuss the hold, which had already been in place for roughly two months.

Additional emails viewed by Just Security show that McCusker first raised concerns about the legality of the hold on July 25, the same day as Trump's now infamous call with his Ukrainian counterpart Volodymyr Zelensky in which Trump pressed Zelensky for investigations that could boost him politically.

The Defense Department issued additional warnings to OMB and the White House about the legality of the hold as it stretched into August. Specifically, Pentagon officials made clear they were becoming increasingly concerned about DoD's ability to spend the Ukraine funding by the legally mandated September 30 deadline.

If the money was not spent by the deadline, it would be returned to the Treasury Department in what is known as "impoundment."

"We were always concerned about the ramifications of holding the military assistance to Ukraine," a Defense Department official told CNN.

"This is due to the fact it was appropriated by Congress and had been notified to Congress already prior to the hold being placed and the need to obligate the money by the end of the fiscal year, something the hold had prevented. These concerns were 'raised multiple times with OMB' via multiple channels," they added.

The documents also highlight McCusker's concerns that OMB was not representing the Pentagon's concerns accurately.

"Recognizing the importance of decision space, but this situation is really unworkable made particularly difficult because OMB lawyers continue to consistently mischaracterize the process — and the information we have provided. They keep repeating that this pause will not impact DOD's ability to execute on time," McCusker wrote to Secretary of Defense Mark Esper's chief of staff on August 27 in response to an inquiry about the hold from a defense contractor.

In a September 9 email to McCusker, Duffey suggested that the Pentagon, not OMB, would be to blame if the money was not spent.

"If you are unable to obligate the funds, it will have been DoD's decision that cause any impoundment of funds," he wrote.

McCusker responded: "You can't be serious. I am speechless."

A second official, who spoke to CNN under the condition of anonymity due to their not being authorized to speak publicly on the matter, said the Pentagon made it clear to OMB that it was not going to be held legally liable for or suffer the consequences of the hold and the ignoring of the concerns of the Defense Department.

The official said that DoD told OMB it should take responsibility.

Pentagon officials were concerned at OMB's apparent apathy surrounding their legal concerns and a lack of understanding of the legal constraints that the Defense Department was under with regard to the aid, the official said, adding that they believe OMB's apathy stemmed from the fact that they had guidance from the President to execute the hold.

However, a OMB spokesperson downplayed the idea that there was any conflict between the two agencies.

"There was agreement every step of the way between DOD and OMB lawyers, who were responsible for working out the details of the hold, in line with the President's priorities," the told CNN.

A senior administration official said OMB officials believed that McCusker was exaggerating the numbers about the money that the Pentagon would be unable to spend if the hold wasn't lifted.

According to Just Security, McCusker sent an email to OMB officials on Aug. 9 and said: "As we discussed, as of 12 AUG I don't think we can agree that the pause 'will not preclude timely execution.' We hope it won't and will do all we can to execute once the policy decision is made, but can no longer make that declarative statement."

The senior administration official insisted that OMB officials believed she was overstating concerns about how much money might be left unspent. This official claimed there were other top Defense Department officials who disagreed with McCusker's conclusions.

Ultimately $35 million in Ukraine assistance did not make it out the door by the end of the fiscal year, however, Congress passed a Continuing Resolution that ensured the remainder of the money could be spent.