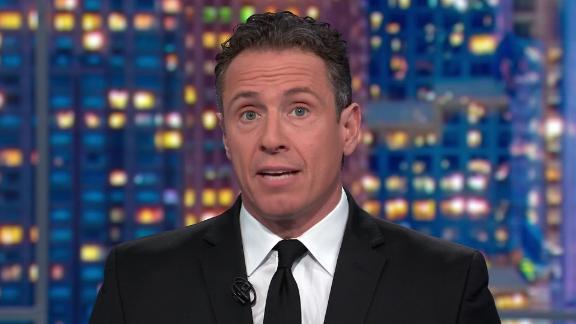 House Minority Leader Kevin McCarthy said on Fox News on Sunday: "If you pause for one moment and you read this IG (inspector general) report by Horowitz. Here's the FBI; they broke into President Trump -- at the time candidate Trump's -- campaign, spied on him, and then they covered it up. It is a modern-day Watergate." He added, "They broke into his campaign by bringing people into it. They have been trying to cover it up for the whole time."

McCarthy, a Republican congressman from California, used similar language when he tweeted out the video clip: "The FBI broke into President Trump's campaign, spied on him, then tried to cover it up. This is a modern-day Watergate." The tweet went viral, generating more than 32,000 retweets by Monday morning.

But the very inspector general report McCarthy urged people to read as proof of his "broke into" allegation specifically debunks that allegation.

Facts First: Justice Department Inspector General Michael Horowitz found no evidence the FBI "broke into" the Trump campaign while investigating the campaign's relationship with Russia. In addition to finding no physical break-in like the one that occurred at the Democratic National Committee office at the Watergate complex in 1972, Horowitz found no evidence that any member of the FBI investigation ever even suggested inserting informants into the Trump campaign.

Horowitz's report said that "all" of the witnesses his team interviewed said "that the FBI did not try to recruit members of the Trump campaign as CHSs (confidential human sources), did not send CHSs to collect information in Trump campaign headquarters or Trump campaign spaces, and did not ask CHSs to join the Trump campaign or otherwise attend campaign related events as part of the investigation."

Horowitz added that "we found no information indicating otherwise."

The word "spied" is more subjective than the phrase "broke into," since "spied" can be used to describe both illegal and legal secret collection of information.

The inspector general found that the FBI opened individual investigative cases into four people affiliated with Trump's campaign -- campaign chairman Paul Manafort and foreign policy advisers George Papadopoulos, Carter Page and Michael Flynn -- and used confidential human sources and undercover employees to interact with Page, Papadopoulos, and with "a high-level Trump campaign official who was not a subject of the investigation."

The FBI also obtained authorization under the Foreign Intelligence Surveillance Act (FISA) to conduct electronic surveillance of Page -- though the first of the four FISA applications, in October 2016, came more than three weeks after Page told The Washington Post he was taking a leave of absence from the campaign. The inspector general found "at least 17 significant errors or omissions" in the four FISA applications related to Page.

Page has not been charged with a crime. Papadopoulos and Flynn, who became Trump's first White House national security adviser, pleaded guilty to making false statements to the FBI. Manafort was convicted at trial of financial crimes and pleaded guilty to additional crimes.

Attorney General William Barr said in an interview with NBC earlier this month that the campaign was "clearly spied upon," arguing that "wiring people up to go in and talk to people and make recordings of their conversations," and going through people's emails, "is spying." He told the Senate Judiciary Committee in May that he doesn't think the word spying is "pejorative," calling it "a good English word that in fact doesn't have synonyms because it is the broadest word incorporating really all forms of covert intelligence collection."

Speaking to Congress and to journalists, FBI Director Christopher Wray has pushed back on Barr's choice of words. He told ABC in an interview earlier this month that "different people have different colloquial terms, but we use terms like 'investigation' and 'surveillance.'"