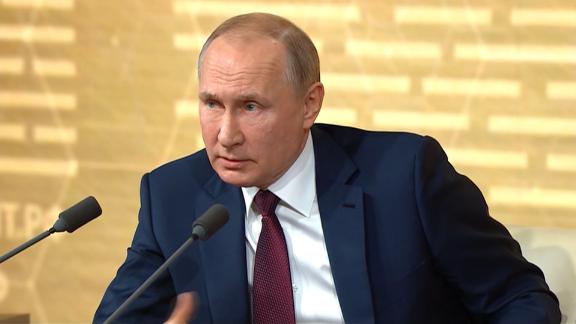 President Donald Trump once stated explicitly that he believes that it was Ukraine -- not Russia -- that meddled in the 2016 election because Russian President Vladimir Putin "told me," The Washington Post reported Thursday, citing a former senior White House official.

Multiple former officials told the Post that Trump's insistence that Ukraine attempted to stop him from winning the White House led many of his advisers to fear that the conspiracy was shaped by Putin himself.

The officials told the paper that Trump became more insistent about the conspiracy after his private meeting with Putin in July 2017 at the G20 summit in Hamburg, Germany.

News of Putin's potential role in shaping Trump's views on Ukraine comes just one day House of Representatives took the historic step to impeach him following an investigation into allegations he pressured Ukraine to investigate his political rivals while withholding US security assistance and a White House meeting.

Throughout the investigation, at least nine witnesses testified that claims of Ukrainian meddling were fabricated by the Russians or unsupported by the evidence.

Others said they weren't aware of anything to corroborate Trump's claims.

Top US intelligence agencies have previously concluded that the Russian government and military launched an unprecedented attack on the US election at the direction of Putin.

The alternate reality Trump has adhered to, however, posits that Ukraine framed Russia for the hacks and coordinated with Democratic operatives in the US to smear him. And the US intelligence assessment blaming Russia was written by anti-Trump bureaucrats whose conclusions cannot be trusted.

There is no evidence to support these claims. Ukrainian leaders may have hoped that Trump would lose in 2016, but there was no government operation to influence the US election.

In fact, in a classified briefing this fall, US intelligence officials told senators that Russia engaged in a years-long campaign to push these theories, shifting the blame away from Moscow and onto Ukraine for interfering in the 2016 presidential campaign, according to two US officials familiar with the briefing.

One person injured in ATV roll over accident