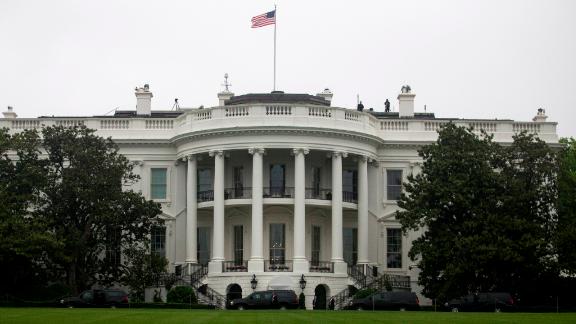 A White House review of President Trump's decision to withhold nearly $400 million in US military aid to Ukraine showed an extensive effort to justify that hold after it was placed and a debate began over its legality, The Washington Post reported.

A White House review of President Donald Trump's decision to withhold nearly $400 million in US military aid to Ukraine showed an extensive effort to justify that hold after it was placed and a debate over its legality, The Washington Post reported Sunday.

The White House counsel's office has been conducting an internal review of the aid freeze and circumstances surrounding Trump's July 25 call with his Ukrainian counterpart prompted by the House impeachment inquiry into Trump's dealings with Ukraine.

The Post, citing three people familiar with the records, said the office's confidential review surfaced hundreds of documents, including emails between acting White House chief of staff Mick Mulvaney and White House budget officials. Those emails from early August showed a search for an explanation for why Trump stalled the money Congress had approved to go to Ukraine after the President had ordered it held the month before, the Post said.

Officials close to Mulvaney have previously expressed frustrations about not being in the loop on the review. A senior administration official told CNN the chief of staff's office had not yet reviewed any of the findings of the internal review and had not been provided with the emails referenced in the Post story.

The delayed US aid, along with a whistleblower report on Trump's July 25 call, sits at the center of the Democrat-led impeachment probe into the President. House Democrats have argued that Trump used the delay of assistance as leverage to pressure Ukraine to investigate his political rivals on that call. The President has denied there was any "quid pro quo" and Republicans have argued that bribery could not exist if Ukraine was not aware that the assistance was being held up.

In the August emails, Mulvaney asked acting Office of Management and Budget director Russell Vought to provide him with the legal reasoning for withholding the aid, asking also how much longer it could be paused, according to the Washington Post. Emails also show Vought and OMB staffers argued that it was legal to withhold the aid, while National Security Council and State Department officials objected, the newspaper said.

The Post, citing two White House officials, reports Trump made the decision to withhold the aid in July "without an assessment of reasoning or legal justification."

The White House press office and counsel's office did not provide CNN a comment for this story.

In response to the Post report, an OMB spokeswoman insisted on Sunday that the White House followed "routine practices and procedures" in temporarily freezing security aid to Ukraine.

"To be clear, there was a legal consensus at every step of the way that the money could be withheld in order to conduct the policy review," OMB spokeswoman Rachel Semmel said in a statement to CNN. "OMB works closely with agencies on executing the budget. Routine practices and procedures were followed."

A senior administration official said that the OMB provided a legal justification for the aid freeze when the hold was formally put into effect in late August and claimed that there were no efforts to reshape the legal justification after the fact. But it appears that the formal order to temporarily freeze the Ukraine aid came after officials were informed in a July 18 interagency meeting that the aid would be frozen.

A senior administration official said the aid freeze was in the pipeline as early as late June, when the OMB general counsel spoke with lawyers at the Department of Defense about the incoming freeze. The official said it is not unusual for a hold on funds to be communicated verbally before it is formally implemented.

The lag between verbal communication of the aid hold and the formal submission could explain the discrepancy in the crafting of the legal justification.

Two senior administration officials told CNN they did not know specifically which early August emails the Post was referring to between Mulvaney and Vought, but they said the Post's description of the emails -- as asking "for an update on the legal rationale for withholding the aid" -- did not suggest that the legal rationale was not already in place or had changed.

Laura Cooper, the deputy assistant secretary of defense for Russia, Ukraine and Eurasia testified last week before the House impeachment probe that Ukrainian officials knew there was an issue with aid as early as July 25 -- the same day of Trump's call with Ukrainian President Volodymr Zelensky.

"What is going on with Ukrainian security assistance?" one Ukrainian contact emailed a member of her staff, Cooper recalled during the public hearing.

Earlier this month, the US Defense Department Inspector General's Office declined a request from congressional Democrats to open an investigation into why the Trump administration delayed the military assistance to Ukraine.

Arrests made in overnight shooting in Clay County

During the first day of Indiana's stay at home order...traffic seemed about the same as normal

Who is eligible for a payment from the stimulus relief package?

Who is eligible for a payment from the stimulus relief package?

Bloomfield restaurants, volunteers work together to provide meals for students