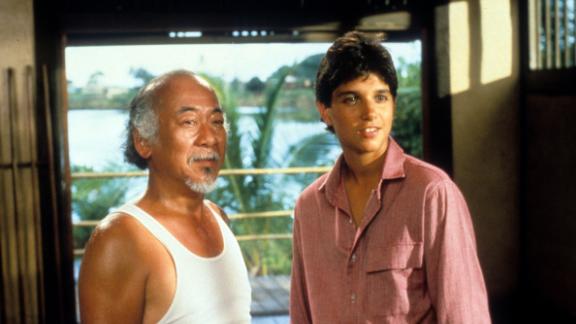 The movie, released in 1984, was an instant classic that launched careers and a YouTube series in 2018.

Rob Garrison, best known for his work as part of the "Karate Kid" franchise has died, his representative confirmed to CNN.

"Rob was a great person and ambassador to 'The Karate Kid' legacy," Rick Henriques, Garrison's rep, said in a statement to CNN. "His performance in Season 2 of 'Cobra Kai,' being his last, was simply amazing and he stole the episode. He will be missed by me and everyone he encountered."

Garrison portrayed the character of Tommy in the 1984 film "The Karate Kid," the 1986 sequel "The Karate Kid Part II" and most recently in the YouTube Originals series "Cobra Kai," which picked up on the lives of characters from the film franchise after they became adults.

Over the years he also appeared in films "Brubaker" and "Iron Eagle" and numerous TV series, including "St. Elsewhere," "MacGyver," "Columbo" and "Coach."