Runaway teens don't qualify for foster care. So she created a solution. 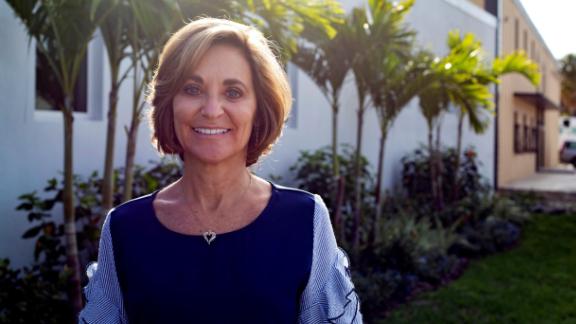 Teens escaping unstable living situations often find themselves in more danger on the streets. Vicki Sokolik's nonprofit provides a home and the support they need to succeed.

Jahiem Morgan knew he was too young to be living on his own at 15 years old, but he didn't have much of a choice.

His mother died when he was 12, his father was incarcerated the following year, and he lacked a reliable home. So, he crashed with friends or slept on the streets.

Morgan found himself among the nearly 1.3 million young people across the United States who are classified as "unaccompanied youths" and can't get foster care because they chose to leave a situation rather than be removed by social services.

Some of these young people are runaways; others leave abusive homes; and many identify as LGBTQ. They're out on their own, and many end up in dangerous situations -- living on the streets or in abandoned buildings.

"Most people don't even know these kids exist," said Vicki Sokolik, who helps these teens in Tampa, Florida.

"There's a lot of shame that goes with being a homeless unaccompanied youth. So, they really become this very invisible population, where they hide what's actually going on with them."

Sokolik was first introduced to this population in 2006, when her then-teenage son told her about a classmate who was in danger of becoming homeless. Sokolik helped the girl, securing her a place to live and providing the resources she needed.

The experience inspired Sokolik to do more. In 2007, she founded "Starting Right, Now," a nonprofit that helps unaccompanied youth ages 15 to 19 get permanent housing, graduate from high school and move on to their next goal.

At-risk students in two Florida counties are referred to the program by their school guidance counselors. The program provides two homes where the students can live until they go to college or start their career. They also have access to tutoring, therapy and life skills classes.

"The transformation of these kids is monumental. They come in so broken; they cannot trust," Sokolik said. "And it's just great that they can be happy and find joy again, which is really what their life was lacking."

The organization has helped more than 200 young people, and 97% have graduated high school and gone on to college, trade school or the military.

Jahiem Morgan -- who's been with the group since last year -- will soon graduate high school and head to college this fall.

"Thank God for Miss Vicki," Morgan said. "I did not have anywhere to go but for this program."

He has big ideas for his future, with the hopes of being an elementary school teacher, entrepreneur and hair stylist.

"I think Jaheim realizes for the first time that he actually has control over his life," Sokolik said. "Previously, decisions were being made strictly to have a bed. And for the first time, he realizes that he is the driver of his ship."

For Sokolik, this work is 24/7. She takes calls and texts from "her kids" at all hours. She wants each one to thrive and, more than that, she wants them to be seen and heard.

"These are kids who have been told they don't matter and pushed aside by everybody," she said. "Their voice does matter. Everyone should know they exist, because everybody should be looking for them, to help them succeed."

CNN's Meghan Dunn spoke with Sokolik about her work. Below is an edited version of their conversation.

CNN: What's it like when a student moves into one of the homes?

Vicki Sokolik: One day, one of the new kids was moving in, and I was sitting at the dining tables with another student. And I said, "You should get up and go greet that student. Don't you remember how scary it is moving into the house?" And she said, "Oh, Miss Vicki, you have it all wrong. You walk in, and it's clean. You know where you're eating; you know where you're sleeping. You know how you're going to wash your clothes. It's actually a relief."

I have it completely backwards, because I think of it as going off to college, and you walk in and it's all new and scary. But once the kids get settled, there's this euphoria. A lot of times, it's the first time that they actually have a bed that they can call their own.

CNN: Your organization is about much more than providing a stable home.

Sokolik: We are completely holistic. We offer everything they need, from getting food, shelter, education, mentorship, life skills training. We know, for sure, that you will remain in poverty if you do not go on to either the military, vocational training or higher education. What a high school diploma will earn you in the work place is minimum wage, and minimum wage keeps you restricted in poverty. We want our kids to end the cycle of generational poverty and be in careers, not jobs.

CNN: What's the transformation you see in the kids in your program?

Sokolik: One of the things that the kids say to me all the time is that the greatest blessing that the program gives them is that they're able to be kids again. Kids talk about it all the time -- they have really been the caretaker for their family. Sometimes, they're the only breadwinner for the family at 15 and 16 years old.

Everybody should have the opportunity to be a kid. The greatest thing that will happen just spontaneously at the house, someone will put on karaoke and all of the sudden, everyone's up singing and dancing. And for the first time, they're among people that are sharing very similar stories, and they can have love and belonging. And they refer to each other as family.

Want to get involved? Check out the Starting Right, Now website and see how to help.

To donate to Starting Right, Now via CrowdRise, click here