The $768 million Powerball jackpot has a winner in Wisconsin 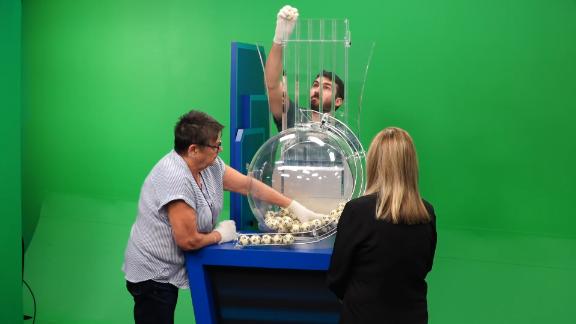 24-hour surveillance, audits, and secured vaults are among the tools and procedures needed to choose and announce winning Powerball numbers.

A single ticket sold in the state matched all six numbers to win the third-largest jackpot in US lottery history, lottery officials said.

Though the Powerball is listed at $768.4 million, the actual winnings come to less than that. The winner can accept a lump sum payment of $477 million or can get 30 graduated payments over the next 29 years that add up to $768.4 million, lottery officials said.

But neither total factors in taxes, which are expected to pump about $38 million into Wisconsin's coffers, depending on how the prize is paid out, Revenue Department Secretary Peter Barca said.

The winner has 180 days to come forward to claim the prize, Wisconsin Lottery Director Cindy Polzin said. State law does not permit the winner to stay anonymous.

The Speedway in New Berlin that sold the winning ticket will receive $100,000 in incentive money, Polzin said.

About 60% of lottery sales in Wisconsin is distributed as prizes, while about 28% of sales supports tax credits for homeowners, Barca said.

The latest jackpot ballooned in value after December 26, the date of the last winning game.

If you happen to be the lucky winner, you can buy 39 of the world's most expensive car, the Bugatti La Voiture Noire.

But even if you didn't match all the numbers, you could still be a winner.

"Participating lotteries are reminding players to check their tickets for one of the nine ways to win. In Wednesday's drawing alone, more than 5.4 million tickets won prizes ranging from $4 to $2 million," the Multi-State Lottery Association said.

HB 1070 cracks down texting and driving, the bill has support from some in town

Girl Scout cookies have arrived in the Wabash Valley

New security being installed at the Knox County courthouse

What's the next step with the extra school corporation money?