This is what's so special about the Special Olympics 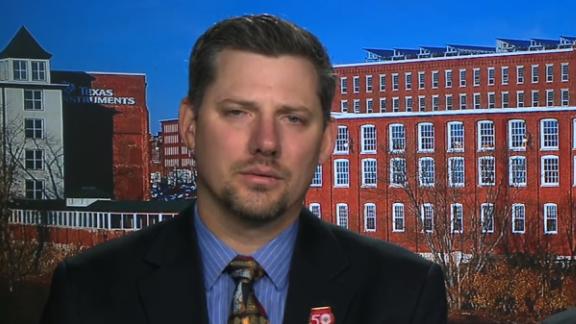 Special Olympics athlete and global ambassador Parker Thornton recounts the impact the organization has had on his life and says he is disheartened by proposed funding cuts.

Athletes and their supporters have expressed dismay at Education Secretary Betsy DeVos' proposal to cut nearly $18 million in funding for the Special Olympics.

It's an organization that for decades has served intellectually disabled athletes, giving them the opportunity to participate in physical fitness -- and in the process, show the world they're just like everyone else.

Here's a primer on the organization, what's at stake and what it means to the athletes who get to compete.

Its origins lie in a summer camp

The Special Olympics traces its origins back to June 1962, when Eunice Kennedy Shriver founded a summer camp in Maryland for children with intellectual disabilities, according to the Special Olympics' website.

Shriver -- the sister of President John F. Kennedy -- wanted to give people with intellectual disabilities the same opportunities to participate in sports and other physical activities.

But it eventually expanded beyond Shriver's camp.

The first International Special Olympic games were held on July 20, 1968, in Chicago, where about 1,000 athletes from the US and Canada participated in more than 200 events, including track and field, swimming and floor hockey.

The effort has continued to grow ever since. International games are held every two years -- this year the games took place in Abu Dhabi -- but the organization has also branched out to work with schools around the world to offer programs to their students.

The games aim to promote inclusion

The goal of the Special Olympics is simple: It wants to give children and adults with intellectual disabilities the opportunities to participate in sports, and physical fitness activities to promote the inclusion of all intellectually disabled people around the world.

"Our athletes find joy, confidence and fulfillment -- on the playing field and in life," the organization says. "They also inspire people in their communities and elsewhere to open their hearts to a wider world of human talents and potential."

The budget cuts would eliminate this program

DeVos noted in a statement Wednesday that the Special Olympics is a private organization and not a federal program. She supports the organization's work, DeVos said, but it also enjoys "robust support from private donations." The education secretary said "budget realities" preclude funding to all worthy organizations.

DeVos, who's come under intense criticism this week, told senators Thursday she was not personally involved in the decision to eliminate funding, but she defended the proposed cut.

Today, about 6,500 American schools participate in the Special Olympics' Unified Champions Schools program, which endeavors to integrate intellectually disabled athletes with their peers who don't have disabilities, according to Special Olympics spokeswoman Rebecca Simon.

The program brings the mission of the organization beyond the Special Olympic games and into regular athletic seasons and regularly scheduled games.

It's also a program that would be slashed under DeVos' proposed budget, Simon said.

"If these proposed budget cuts become reality, our Unified Champion Schools program would be unable to continue," Simon said, because schools are unable to fund them.

It's a vital part of athletes' lives

Thornton, the Special Olympics athlete, told CNN he found it "disheartening" Devos wants to "take away money that would help us not just in our athletics, but in the way of life to show others that we can move forward and we can be part of society."

"And that the isolation, indifference and the stigma that we all face, must come to an end," he said.

"It would be disappointing to say the least to see any erosion of the underpinning of this organization that has done so much to enhance the lives of athletes," Mark Thornton said. "The programs in education and in health have truly moved athletes forward in becoming integrated into society as full-fledged members."

Julie Johnston Cluff said her son has spent most of his life sitting on the sidelines. But through the Special Olympics, he's can be a "star."

"It is a big part of his life," she said. It also helps him take school more seriously, so he can stay on the team.

Another Special Olympian, Derek "Tank" Schottle, told CNN's Kate Bolduan that the Special Olympics were "the biggest thing in my life for the last 18 years."

"I'm blessed to compete in six different sports," he said. "I got to communicate with people from around the world."

Asked how he felt when he heard about the proposed cut in funding, Schottle said, "It's a bit of a shock for me. I have no words."

"All I can do is pray for Special Olympics, and that's all I can say."