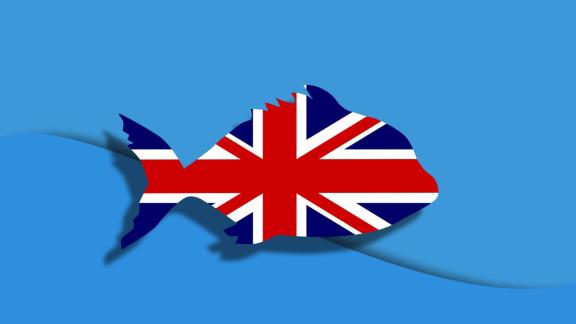 From sea bed to table top, this is a look at how the British fishing industry embodies the hopes, fears, and complexities of the UK leaving the European Union.

If lawmakers don't take their final chance to vote for British Prime Minister Theresa May's Brexit deal on Tuesday, then -- in the words of European Commission president Jean-Claude Juncker -- the United Kingdom might never leave the European Union.

In Strasbourg late last night, Juncker referred to the first defeat of May's plans back in January and warned: "In politics sometimes you get a second chance, it's what you do with the second chance that counts, because there will be no third chance ... it is this deal or Brexit might not happen at all."

Whether rebellious Brexiteer Conservatives believe him is another thing entirely. They have, after all, spent months forcing the Prime Minister to go back and forth to Brussels and Strasbourg to make the changes they demanded.

If they don't, May's position as Prime Minister is in serious danger -- and Britain will inch towards a no-deal Brexit or, at least, face a delay to the entire process.

Later on Tuesday, May will appeal to lawmakers in the House of Commons to back her deal -- which, she claims, is now enforced with "legally binding" changes designed to assuage concerns about the UK being locked into permanent arrangements with the EU and undermine Brexit.

Speaking alongside Juncker, after more than two hours of talks in Strasbourg last night, May insisted the changes to her deal would allow the UK to break free of the backstop -- the insurance policy mechanism in the original agreement to prevent a hard border in Northern Ireland by keeping customs arrangements between the UK and Ireland aligned.

Yet pro-Brexit Conservative lawmakers are deeply skeptical that the changes go far enough in protecting Brexit.

Critics pointed to the phrase "reduce the risk" of the UK being locked in a permanent backstop, rather than a cast iron guarantee. There is also no fixed time limit, causing more concern among anti-EU Tory lawmakers.

On Tuesday, they will push for the government's most senior law chief, Geoffrey Cox, to publish his legal advice on whether the changes May has secured really are "legally binding." They are also likely to seek their own legal opinion on the new documents.

The Northern Irish DUP party, on whose votes May normally relies to give her government a working majority in Parliament, will be decisive. If they oppose the new plans, May's Brexit deal will fail altogether -- but they could also swing many Tories against the government.

If May's plan fails, there will be subsequent votes later this week on whether the Commons wants to block a no deal and whether Brexit should be delayed.

In fact, the new documents published last night suggest Brexit could be delayed until May, before the European elections at the end of that month -- a short extension to the timetable but one which will nevertheless infuriate Euroskeptics. At that point, the Prime Minister's position will become increasingly untenable.

Her own minister and de facto deputy David Lidington told the Commons last night that lawmakers faced a "fundamental choice -- to vote for the improved deal or to plunge this country into a political crisis." And it would, indeed, be a full-blown political crisis. While May is protected until the end of the year from a leadership challenge, she may find herself with little choice but to resign if her deal fails yet again.

May has faced many crucial weeks since striking the original deal with the EU back in November. She has been defeated in Parliament over Brexit many times. But Tuesday is a genuine moment of truth on whether she has done enough to secure the votes she needs. Juncker's warning of "no third chance" was a message designed not only for Conservative rebels but the Prime Minister herself.

Love free donuts? Here's where you can pick one up on Friday morning

Terre Haute man charged with after police say he fled from them, and then crashed his car

Increase in stolen firearms during riots, local business shares how they're staying proactive

Your pets and severe weather