The last person to officially record seeing a land iguana on Santiago Island in the Galapagos was Charles Da...

The last person to officially record seeing a land iguana on Santiago Island in the Galapagos was Charles Darwin in 1835. After that, iguanas were erased from the island, wiped out by invasive predators like the feral pig.

But now, 184 years later, the lizards have made a return, thanks to an initiative by the Galapagos National Park authority. More than 1,400 land iguanas, scientific name Conolophus subcristatus, were taken from the neighboring North Seymour Island and released on Santiago Island between January 3 and 4.

They were introduced to the coastal regions Puerto Nuevo and Bucanero, authorities said in a statement, which have ecosystems that closely mimic their former home.

The new iguanas needn't fear their old nemeses: the last feral pig was eradicated on Santiago Island in 2000 as part of the Galapagos Conservancy's Project Isabela, and the island was proclaimed officially pig-free in 2004.

On Twitter, Galápagos National Park Director Jorge Carrión called the reintroduction of the iguanas "great news for #Galápagos, for #Ecuador and the world."

According to the Galapagos Conservation Trust, the land iguana population of the archipelago suffered a significant decline after the introduction of species like cats, rats and dogs, as well as the predatory feral pig. These species prey on young iguanas and eggs -- though some cats have targeted adult iguanas up to four years old, says the trust -- and also compete with the lizards for food.

The reintroduction initiative, carried out alongside New Zealand's Massey University, was developed in response to the depletion of vegetation like the cactus on North Seymour Island, threatening the some 5,000 iguanas' food source.

Some iguanas have remained on North Seymour Island to avoid compromising its existing vegetation. Galapagos ecosystems director Danny Rueda explained: "The land iguana is a herbivore that helps ecosystems by dispersing seeds and maintaining open areas free from vegetation."

Authorities will continue to monitor the Santiago Island iguanas, determining whether they're creating nests and finding sufficient food. They'll also keep a close eye on newer species like rodents and ants to prevent them disturbing the iguanas' nests. 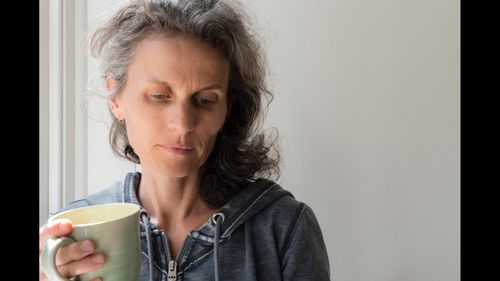