1. US-China trade talks: US and Chinese officials are meeting in Beijing Monday for two day...

1. US-China trade talks: US and Chinese officials are meeting in Beijing Monday for two days of talks aimed at ending the trade war that has been roiling global financial markets.

It's the first face-to-face discussion between the two countries since Presidents Donald Trump and Xi Jinping met in Argentina late last year and agreed on a 90-day truce.

US federal departments and agencies

Investors are hoping the two sides will be able to reach a deal by March, when Trump has threatened to impose another round of tariffs and raise existing duties on some imports to 25% from 10%.

The Chinese yuan was trading higher against the dollar early on Monday.

The company is aiming to start production of its cheapest car, the Model 3, at the plant by the end of the year, Musk said in a series of tweets before the event.

The Shanghai government said the factory is the biggest foreign manufacturing project in Shanghai's history.

Tesla is planning to make 250,000 cars a year in the factory, eventually increasing its capacity to 500,000. That's about five times the number of vehicles the company currently produces in the United States.

3. Apple lets Samsung in: Apple (AAPL) is opening up its ecosystem to one of its biggest rivals by giving owners of Samsung TVs direct access to iTunes content.

Starting in the spring, Samsung will include an iTunes app in its Smart TVs, the South Korean company announced Sunday at CES, the annual consumer technology conference in Las Vegas.

The new app will allow people to watch movies and TV shows they've already bought on iTunes, or buy new ones.

4. Government shutdown continues: The partial US government shutdown has entered its third full week, with President Trump threatening to declare a national emergency to bypass Congress and build his border wall.

Talks at the weekend involving congressional staffers and led by Vice President Mike Pence failed to make meaningful progress toward ending the standoff, according to acting White House chief of staff Mick Mulvaney.

Trump is demanding more than $5 billion in wall funding before agreeing to reopen the government. Democrats have offered about $1.5 billion for border security, but no taxpayer dollars for a wall, which the president promised Mexico would pay for.

US oil futures have jumped 2% early on Monday to trade at $49 per barrel as investors appeared less pessimistic about the outlook for the global economy thanks to the strong US jobs report Friday.

"Oil has become closely linked to the risk environment lately, with a global slowdown being an obvious downside risk for prices," said Craig Erlam, senior market analyst at Oanda, an online broker.

The jobs report and a promise by the Federal Reserve Chairman Jerome Powell to be "patient" and flexible while raising rates gave Wall Street a big boost on Friday. Investors were also encouraged by China's efforts to stimulate its economy and news of the US-China trade talks.

Before the Bell newsletter: Key market news. In your inbox. Subscribe now!

6. Companies and economics: The Institute for Supply Management will report on the service industry's growth last month. Last week, ISM reported that the manufacturing industry shrank by the largest amount in 10 years.

The UK Society of Motor Manufacturers and Traders said Monday new car registrations in the country fell 6.8% in 2018. It was the second consecutive year of declines. "Falling consumer confidence, confusing fiscal and policy messages and shortages due to regulatory changes have combined to create a highly turbulent market," said Mike Hawes, the society's chief executive. 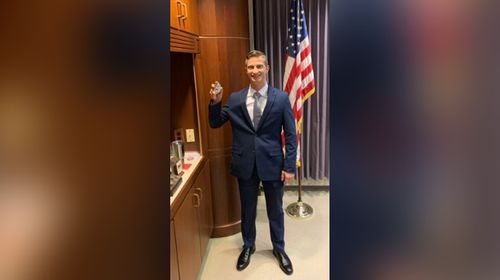