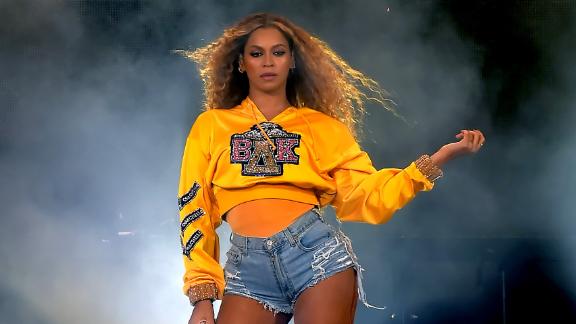 Beyoncé made Coachella history as the first woman of color to headline the music festival. For nearly two hours the singer performed to throngs of fans, leaving many nicknaming the event "Beychella."

It looks like a Beyoncé documentary may be dropping on Netflix next week.

The video streaming giant tweeted a tease Sunday that simply said "Homecoming" with some Greek letters worked in. The project will be available April 17.

While Netflix has not specifically said "Homecoming" is about Beyoncé, the singer does have a fashion collection called "Homecoming," and the items feature Greek letters.

She also launched a scholarship program last year called the "Homecoming Scholars Award Program," which provided four Historically Black Colleges and Universities (HBCUs) each a $25,000 scholarship to award to a student of their choice.

The Grammy-award-winning singer made history at Coachella last year as the first woman of color to headline the annual festival. She opened her performance singing "Crazy in Love" accompanied by a New Orleans-style brass marching band, donning a yellow hoodie with the Greek letters Beta Delta Kappa. The hoodie was a reference to the Divine Nine, the five African American fraternities and four sororities.

Rep. Sheila Jackson Lee of Texas, who represents Beyoncé's hometown of Houston, said Beyoncé's performance with the band gave her and the audience "HBCU vibes."